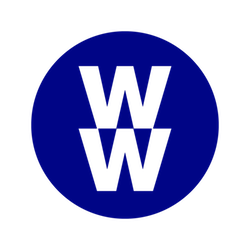 Last week, I updated the article I wrote because WW.com started forwarding to WeightWatchers.com. Although the Whois record remains private, it could be assumed that Weight Watchers acquired the domain name because it wouldn’t make sense for anyone else to forward the domain name.

This morning, it was reported that Weight Watchers is rebranding as WW. According to an article published this morning on CNN Money, “Weight Watchers really wants to let you know that it’s not just a diet company — so much so that it’s changing its name to WW.” Smartly, the company bought the matching WW.com in advance of the rebranding.

Since noticing the changes to WW.com, I periodically reached out to people in the Investor Relations and legal counsel offices at Weight Watchers via phone and email to ask if the publicly traded company acquired WW.com. I did not hear a response from company representatives. My guess is that the company did not respond because it wanted to keep this rebranding as private as possible in advance of the news.

Kudos to Weight Watchers for acquiring WW.com before rebranding. Owning WW.com will surely be helpful to the company in its rebranding effort. Because it is very likely that WW.com was acquired for seven figures, I will continue to check Weight Watchers SEC filings to see if there are any mentions about the price to acquire WW.com.

Elliot Silver - June 28, 2022 14
I list nearly all of my domain names for sale on both Dan.com and GoDaddy (via Afternic). The domain names mostly resolve to Dan.com...