“WW.com sold to the same buyer yesterday – June 25. It may be another 7 figure sale, which will be unreported.”

Earlier this week, I reported on the $1.2 million sale of MM.com, which was brokered by Sedo domain broker Dave Evanson. Based on the current Whois record, it appears that the same buyer may have acquired WW.com in private this week (the buyer is unconfirmed). Although the registrant company name is not the same for MM.com and WW.com, there are some similarities, including the registrant name, Xu Caijun.

I reached out to the former owner of WW.com, Jacques Mattheij, and he confirmed that a deal was struck, but he prefers to keep the price private. Prior to selling, Mattheij owned the domain name for about ten years. According to Mattheij, “the broker was Thomas Adams who worked tirelessly to get it sold.”  Prior to this, I had not heard of Adams, but I saw that he was listed as the domain broker of record on the Pizza.net deal, which was sold for $150,000 (via  DNJournal).

Although Mattheij prefers to keep the sale price private, I understand he had originally been asking $3 million for the domain name. In looking through my email records, I see that WW.com had been priced at $2 million and $1.6 million at different points in the last two years when it was being marketed by a different domain broker.

As I mentioned in my article about the MM.com domain name sale, it appears the registrant has been buying some exceptional domain names lately.

Thanks to Charley for sharing information about this sale (his comment is above). 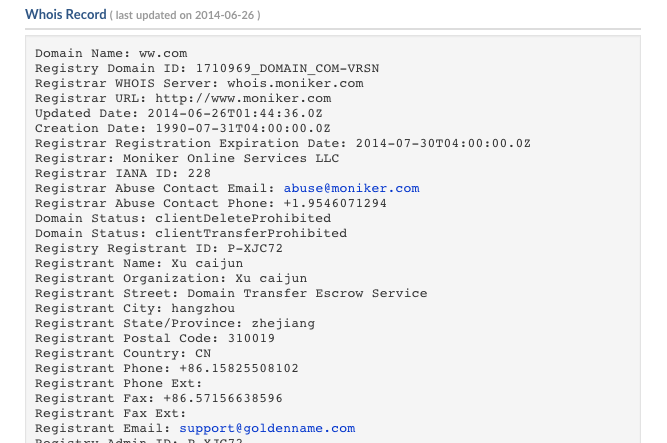 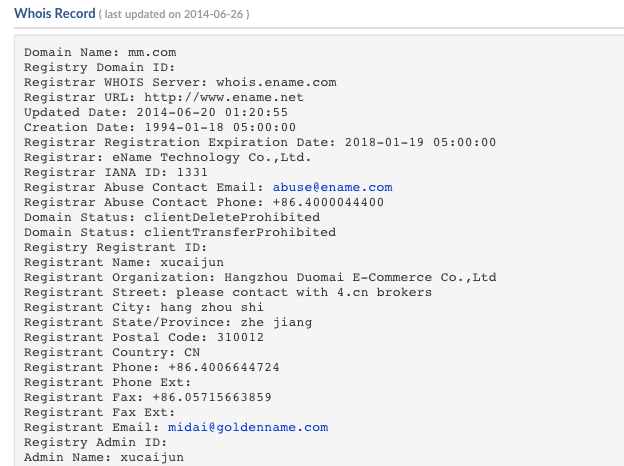