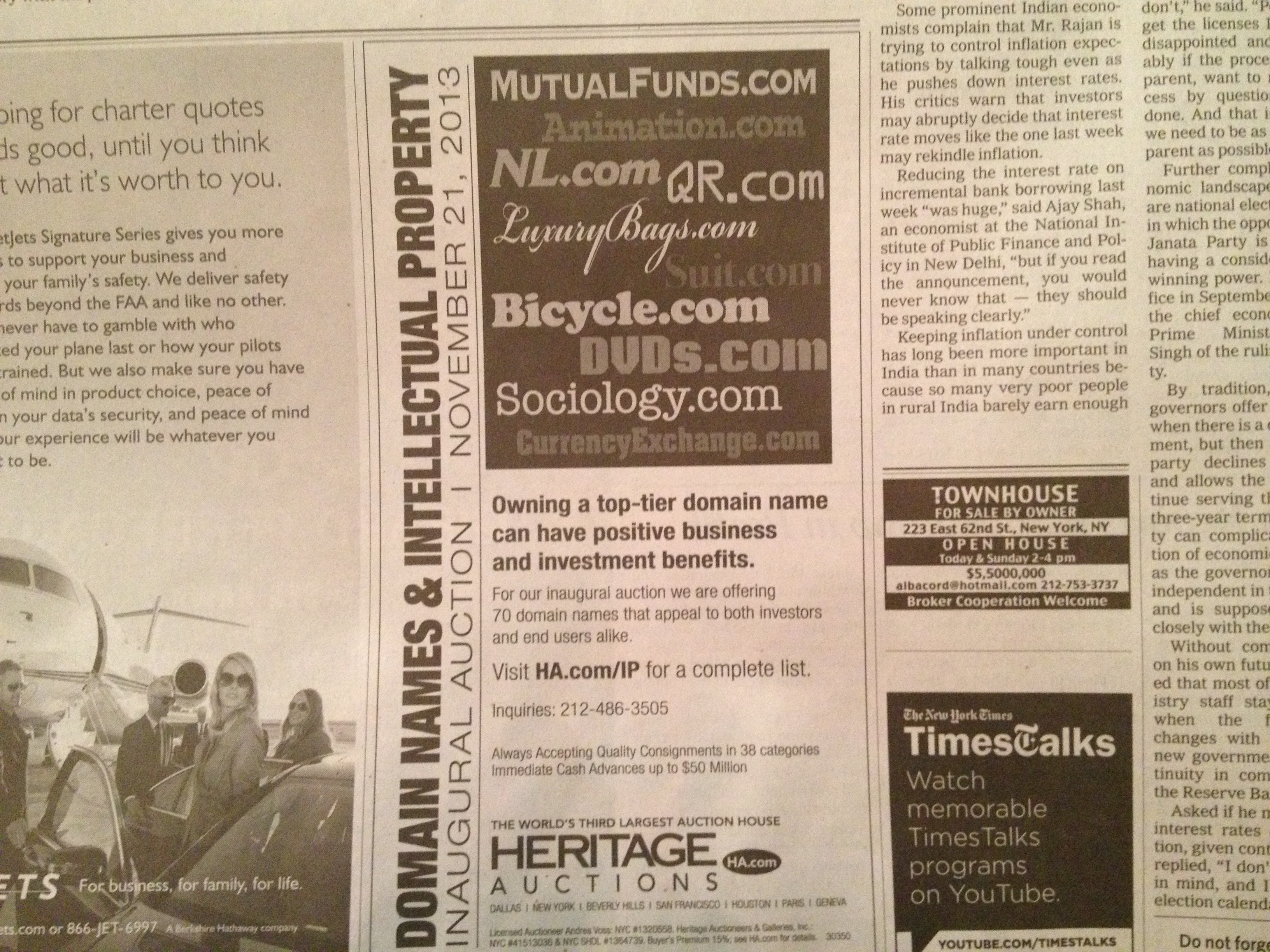 I am in New York City right now, and I want to share this photo that I took of the Heritage Auctions domain auction advertisement from the New York Times. The advertisement, which appeared in the November 8 (Friday) edition of the NYT, was found on page B6 of the Business section.

Yesterday’s Business section had quite a bit of news coverage of the Twitter IPO, so it was probably a very good day for the company to advertise because of the additional readership. As one would expect, the MutualFunds.com auction lot was the headline domain name in the advertisement. I understand there will also be an ad for the auction in the Wall Street Journal next week.

My apologies if there are any issues with the appearance of this post or the image. This is the first time I am writing an article from my iPhone, so it might be a bit funky, but hopefully not.