According to a tweet just posted by Sedo broker Dave Evanson, Sedo brokered the sale of the MM.com domain name for $1,200,000. This sale will rank as the sixth largest public sale of 2014 when it is reported and recorded by Ron Jackson in DNJournal. I believe that Dave has had this exclusive listing for about two months.

The seller of MM.com appears to be a company called Minnesota MicroNet. The domain name has a creation date of January 18, 1994, and the domain name was registered to the same company for as long as the DomainTools Whois History Tool has a record.

The current registrant of the domain name appears to be an entity in China possibly called “Hangzhou Duomai E-Commerce Co.,Ltd.” A Google search of the registrant’s name shows some other great domain names registered to the same entity, including the following:

I am a bit curious to know when this deal was closed. Dave’s daughter got married this weekend, and this sale is even more impressive to me knowing that it probably closed as Dave’s family was making final preparations for the big day. 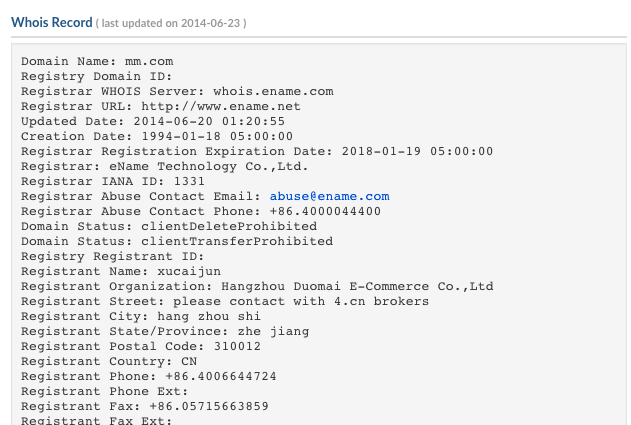 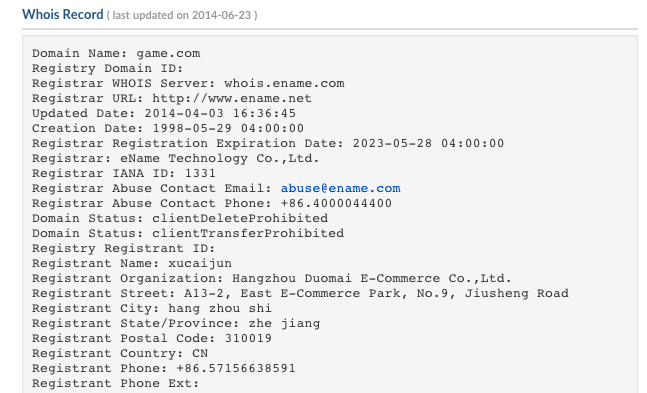