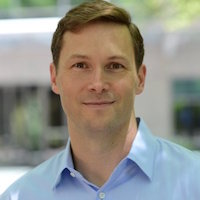 data.world is an Austin based tech startup that aims to be the hub of data sharing and collaboration to solve problems that come with the abundance of data available to scientists, engineers, medical professions, and other data users. You can read more about the company in this Fast Company article.

A week ago, I  wrote about the company’s $14 million round of funding from a large group of venture companies and individual investors.  As far as I know, this is one of the largest funding rounds for a company using a new gTLD domain name.

After learning about the company,  I reached out to data.world COO and Co-Founder Matt Laessig to ask about the company’s  branding and usage of a new domain name extension. With my  my .com-centric background, I had several questions about  choosing a new gTLD extension and using a domain name with a new extension. Matt was kind enough to share details about  how the company decided on data.world, and he discussed other aspects of using a .world domain name.

DomainInvesting.com: Before moving forward with data.world, how much knowledge did you have about the new gTLD domain names?

Matt Laessig: I had some passing knowledge about the new gTLD domain names before starting to work on the data.world concept a year ago, but I did have a pretty strong foundation in domain investing, branding, and SEO for many years before that from being an Internet entrepreneur and executive.

DomainInvesting.com: Was data.world always your first choice for a domain name? Did you try to acquire DataWorld.com or a similar .com?

Matt Laessig: Believe it or not, but data.world was actually always my first choice for the brand and domain of this business.   For me it captures the mission and pioneering nature of an entirely new platform that dramatically improves search, discovery, and collaboration around data.   There is a massive tidal wave of data being generated in the world, and a real movement to make more of it open for transparency and societal benefit, but it is currently locked away in different data silos and formats, and is very hard to discover, understand, and collaborate around.   Our platform aims to change that, and make a new world for data.  data.world!

DomainInvesting.com: What factors did you consider before choosing data.world for your brand?

Matt Laessig: Although from a branding perspective I loved data.world, there were some real considerations before choosing it as our brand and domain.

First, we had to ensure that there wouldn’t be any penalties from an SEO or email marketing deliverability perspective due to having a new gTLD.   From public statements we have heard from the all-mighty Google, they will be supporting the new gTLDs and will treat all the TLDs equally.   This has been untested and unproven in practice so far, but Google has some vested interest in this being true (e.g., Alphabet being abc.xyz), and most of relevant players in the tech landscape will ultimately follow Google’s lead.

Third, we worried that having a .world TLD might scare away potential investors due to the newness of it, and a history of many businesses going with a non .com domain early and then having to make a painful costly switch later once they gained momentum.   But we haven’t found that to be the case, and overall people felt that having a strong brand like ‘data.world’ was better than a crappy .com domain that nobody would understand or remember!

DomainInvesting.com: What has the feedback about the branding and domain name been like? Has there been any confusion?

Matt Laessig: So far the feedback has been very positive overall.   We definitely get some confusion with folks not putting the ‘dot’ in data.world, and for sure there is some unquantifiable traffic loss going to dataworld.com, but overall the confusion has been less than we had feared.   It is definitely still there, but we have seen great overall brand recall and intrigue with the data.world brand.