Would You Sell a Domain Name to a Cause You Oppose?

Several months ago, I was negotiating with a web developer to sell a call to action domain name I bought at expiry auction. The domain name was generic in the sense that it could easily be used and branded by a variety of companies or groups. I wasn’t able to learn much about the prospective buyer who did not share a client list on his website, but I did notice the matching .org domain name was registered to a non-profit organization.

I did a bit of research about the organization, and I saw their mission was something I opposed. It’s not anything illicit or illegal, but it is something I would not support – and in fact, would likely support an opponent of that organization. Because of the generic nature of my domain name, though, I figured there was just as good of a chance that the web developer prospect was buying it on behalf of another entity. In addition, I realized that the prospect could just as easily buy the domain name anonymously via Afternic. Same goes for every name I have listed there.

END_OF_DOCUMENT_TOKEN_TO_BE_REPLACED

Rick Schwartz has been tweeting about his negotiation to sell the GoBet.com domain name. The prospective buyer started with an offer of $70,000 in June of 2019, and the buyer incrementally improved the offer since then. This morning, Rick announced that GoBet.com is “now in Escrow for $850,000 AFTER commissions!!”

He shoots, He scores!@DomainKing scores 2nd largest reported #Domain sale of 2020https://t.co/aHZL7m2KbM now in Escrow for $850,000 AFTER commissions!!

Rick initially tweeted about the state of the negotiation to sell GoBet.com back in November of this year when the high offer was $280,000:

END_OF_DOCUMENT_TOKEN_TO_BE_REPLACED 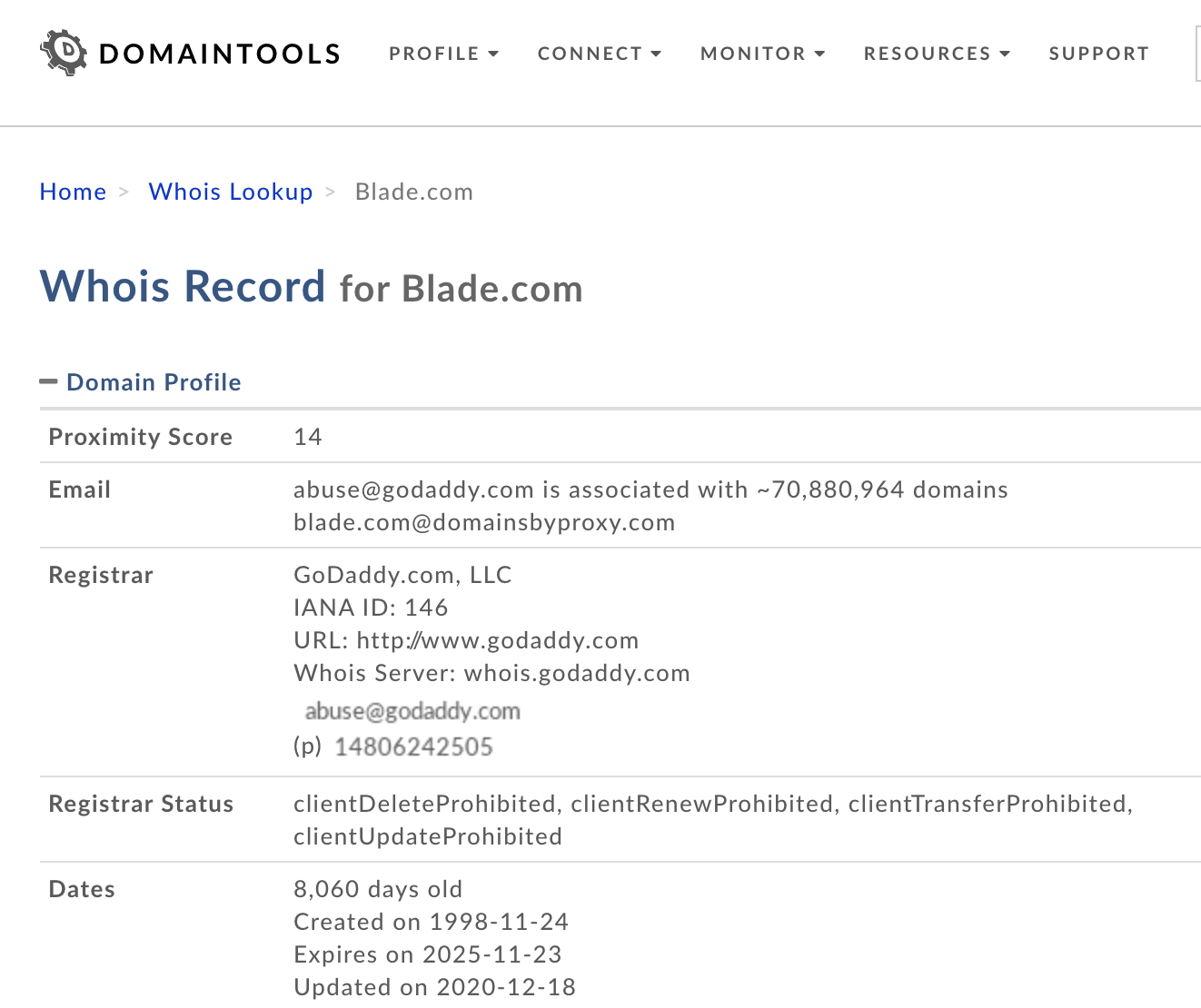 Blade is “global urban air mobility platform” that offers private jet flights and private helicopter service, primarily in the New York region. If you are looking to leave from Manhattan to spend the weekend in the Hamptons and you want the the most efficient way to travel, Blade is the way to go. Blade has seen considerable growth, and according to a news release on its website from earlier this week, Blade is preparing to be listed on the NASDAQ market.

END_OF_DOCUMENT_TOKEN_TO_BE_REPLACED 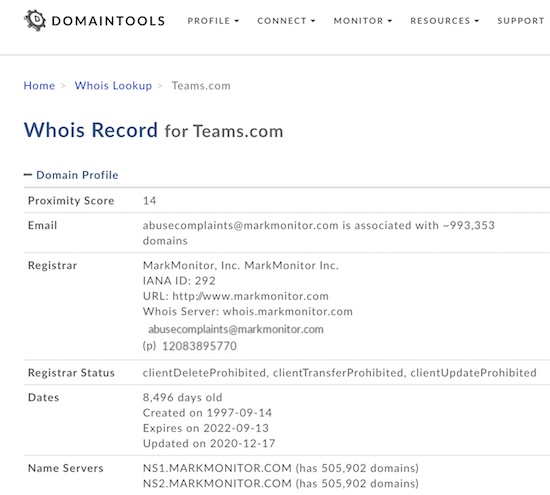 The high value Teams.com domain name has been sold by Anything.com, a domain investment company that owns many exceptional domain names. According to Whois records, Teams.com is now registered to DNStination Inc., the privacy proxy service operated by corporate brand protection service, MarkMonitor.

I reached out to representatives from Anything.com, and the sale of the domain name was confirmed but the sale price will remain private. My guess is that this was a mid 7 figure sale, and it would likely be the largest domain name sale of 2020 if reported publicly. The company has a history of keeping its sale prices private.

END_OF_DOCUMENT_TOKEN_TO_BE_REPLACED

Hand Off Your Lead to a Pro Broker

Rick Schwartz shared some sage advice today, and I think domain investors should consider taking it, especially when they may be their own worst enemy in a negotiation:

The Best time to get a broker for #Domains is when you have a REAL inquiry.

That’s when you need a PRO!

Tell them they need to talk to your broker.

END_OF_DOCUMENT_TOKEN_TO_BE_REPLACED

Why I Use “Make Offer” on Most of My Domain Names

Approximately 80% of my domain name portfolio is now parked for sale via DAN.com landing pages. I’ve had success selling via DAN this year, and I have continued to move domain names to their landing pages throughout the year. I have played around with the sales options options, and I have settled on one – the older BIN price (with a 12 month payment plan option) + Make Offer option.

Many people are critical of a “Make Offer” field on domain name landing pages. If a domain name has a Make Offer field, people tend to utilize it rather than simply hitting the Buy Now button. I thought I would share my rationale for offering it on my domain names, despite the fact that it is likely leaving money on the table.

END_OF_DOCUMENT_TOKEN_TO_BE_REPLACED

The Data Trade Off

Elliot Silver - January 20, 2021 1
There are a lot of great tools that can benefit domain investors. Some of these tools are made for domain investors and other tools...

Elliot Silver - January 19, 2021 9
The Parler social platform has been in the news quite a bit lately because many of President Donald Trump's biggest supporters have either moved...

Elliot Silver - January 19, 2021 1
I received a bunch of emails over the weekend asking me about my last post forwarding to a non-working domain name - ClownPenis.Fart. If...

Elliot Silver - January 16, 2021 4
Chad Hurley is the co-founder and former CEO of YouTube, which was acquired by Google for $1.65 billion. I understand that Chad is now...

Elliot Silver - January 16, 2021 5
Kevin McKim shared the sad news that domain investor John Yeomans reportedly passed away: So, so, sad to hear of the passing of our old...