Steve Wozniak May Have Bought Privateer.com via Dan.com

According to an article in Gizmodo and other news media outlets, Steve Wozniak is readying to launch a new space company called Privateer. He tweeted a short YouTube video about the the launch of Privateer, and the logo at the end of the video matches the one that appears on the brand match Privateer.com domain name.

In looking at the Whois record for Privateer.com in conjunction with a recent screenshot of the website prior to the launch of Privateer, it would appear to me that the domain name was acquired via Dan.com. If that is the case, it is unclear if the domain name was bought for a buy it now price or is being purchased with a payment plan option. George Kirikos shared this information on Twitter:

It appears, via the name server history, to be a domain acquired through https://t.co/DawhhR5dxs‘s marketplace or escrow. https://t.co/iuK0Uedogz

END_OF_DOCUMENT_TOKEN_TO_BE_REPLACED

Once Subject of UDRP, SmartWallet.com Sells for $175k

At the end of 2020, a UDRP was filed against SmartWallet.com at the National Arbitration Forum. In response to the UDRP filing, Andy Booth, who acquired the domain name for $25,239.50, filed a federal lawsuit. It turns out that Andy’s company won the UDRP and the lawsuit ended up being terminated.

This morning, Andy announced that he sold SmartWallet.com for $175,000:

Just sold the domain https://t.co/sGdZzu1mOf for $175k – was bought via BIN and no previous interactions at all with buyer. Domains are back!

END_OF_DOCUMENT_TOKEN_TO_BE_REPLACED

What I Ask Prospective Buyers

I have changed the messaging on my Embrace.com inquiry forms several times. I have gone from offer-request language to price-request language, and I have tried other things in between. Because many of my higher value domain names do not have set pricing, I have moved away from request price language that promises a price in return for filling out the form. Instead, the form is more of an information request form.

END_OF_DOCUMENT_TOKEN_TO_BE_REPLACED 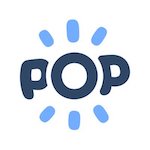 A thread on Hacker News about Pop.com was trending on Wednesday. In the thread, the Founder of Pop.com, Jahanzeb Sherwani, shared quite a bit of information about the company. In addition, he shared that the company paid “roughly” $1.5 million to acquire the Pop.com domain name. He also shared some additional thoughts about what the domain name means to the company and how it was acquired.

Here are a few excerpts from what Jahanzeb said about the Pop.com domain name in the Hacker News thread:

END_OF_DOCUMENT_TOKEN_TO_BE_REPLACED

Near.com has been sold by Anything.com, in a deal brokered by Larry Fischer. The domain name was sold for $1,150,000, and the escrow and legal aspects of this deal were handled by Ari Goldberger and Jason Schaeffer of ESQWire.com. This is the second million plus deal closed by Anything.com in the last week, following up on the $2.5 million sale of Marketing.com, reported by DNJournal. This is the ninth publicly reported million dollar sale of 2021.

If you visit Near.com, you will be forwarded to the Near.CO website. The company is called Near, so it is no surprise it wanted to upgrade to the .com domain name. Near is billed as “the world’s largest source of intelligence on people and places.” According to its Crunchbase profile, this Singapore-based company has raised $134 million in funding through its Series D funding rounds.

END_OF_DOCUMENT_TOKEN_TO_BE_REPLACED

When I “Hide” My Listings on Afternic

I’ve been asked about listing domain names for sale with Buy It Now prices on multiple venues. For nearly all of my inventory quality domain names, I list them on Afternic / GoDaddy and on Dan.com with buy it now prices. I know many other investors also use marketplaces like Sedo, Epik, Efty, and a few other venues as well.

A concern I have had is that a domain name will sell to different buyers on different platforms. While this may seem unlikely, it is easy to imagine a scenario where this happens. For instance, a phrase might become a social media hashtag, and before a domain owner can update pricing or remove sales listings to reflect the growing popularity of the phrase, buyers utilize the buy it now option on multiple platforms.

END_OF_DOCUMENT_TOKEN_TO_BE_REPLACED

“Would You Sell…” is a Fishing Expedition

Elliot Silver - October 14, 2021 1
In September, I noticed that Gorillas.com had a Media Options landing page with a $500,000 asking price. What was interesting to me is that...

Coinbase Got CoinbaseNFT.com After Filing UDRP

Elliot Silver - October 13, 2021 1
In a blog post published yesterday afternoon, Coinbase announced that it would soon launch Coinbase NFT. According to the article Coinbase NFT will become...

Elliot Silver - October 13, 2021 2
I've known Merlin Kauffman for many years and have seen him transition from successful domain investor to startup founder to angel investor. I believe...