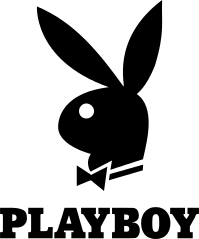 Playboy, the popular adult entertainment publisher, has filed a UDRP against the Playboy.Club domain name. The UDRP was filed at the World Intellectual Property Organization (WIPO), and it is case #D2017-1633.

This UDRP decision could be interesting because the term “playboy” is also considered a generic term. Every standard dictionary seems to have a definition for “playboy” aside from the Playboy brand, founded by Hugh Hefner. Dictionary.com, for instance, defines the playboy term as “a man who pursues a life of pleasure without responsibility or attachments, especially one who is of comfortable means.”

Bolstering its chances at winning the UDRP is the fact that Playboy operated (or licensed its brand for) a nightlife venue called Playboy Club, which matches the “Playboy.Club” domain name. In fact, I had two of my most successful nights playing blackjack at the Playboy Club at The Palms Hotel in Las Vegas, each time walking away from the table 4 figures ahead. Sadly, that venue has since closed.

I think the Playboy brand is very strong, and unless the respondent has a solid response, I would think Playboy is going to win this UDRP. I looked at UDRPSearch.com, and it looks like Playboy has won (or had terminated) just about every UDRP. The only other new gTLD domain name that the company went after was Playboy.London, which the company won. I will keep my eye on the UDRP and provide an update when I see the decision.

Update: The complainant won this UDRP.