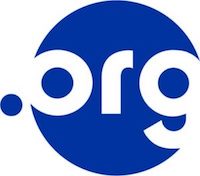 One of the hottest topics in the domain industry has been the proposed sale of Public Interest Registry (PIR), operator of the .org registry. A $1.135 billion deal had been in place for Ethos Capital, a private equity company, to acquire PIR from the Internet Society. At the end of April, ICANN withheld consent on approving the change of control. As a result, PIR will not be sold to Ethos Capital. PIR has further indicated that the company is not for sale, and that PIR will continue to operate the .org extension as it has done for many years.

Left somewhat unsaid is what will happen with the price of .org domain name registrations and renewals in the wake of this dead deal. In July of 2019, ICANN (controversially) removed price caps for .org domain names, allowing PIR to increase prices as the registry operator sees fit.

One of the biggest issues people had with the sale of PIR to a private equity company was that the price to buy or renew .org domain names would increase, potentially substantially, when they had historically remained steady. Ethos Capital had outlined a price increase structure it pledged to adhere to, but obviously with that deal being killed, the price of .org domain names remains up in the air.

I reached out to Jon Nevett, CEO of PIR, and Judy Song-Marshall, Chief Strategy Officer at PIR, to ask if they could comment on the pricing for .org domain names now and in the future. Judy told me the following:

“Thank you for reaching back out to us regarding the pricing of .ORG domain names. We would like to underscore that Public Interest Registry is a mission driven non-profit registry and currently has no specific plans for any price changes for .ORG. Should there be a need for a sensible price increase at some point in the future, we will provide [at least 6 months] advanced notice to the public. The .ORG community is considered in every decision we make, and we are incredibly proud of the more than 15 years we have spent as a responsible steward of .ORG. PIR remains committed to acting in the best interest of the .ORG community for years to come.”