MillionDollar.com is coming up for auction on NameJet. From what I can see, the minimum bid is listed at $900 rather than the standard $69 minimum bid amount: 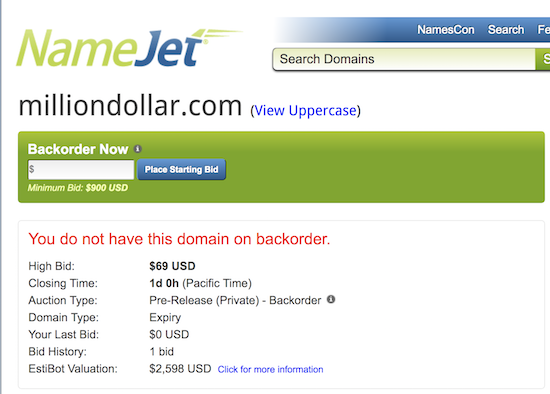 I have seen minimum bids higher than the standard $69 starting price, but I don’t recall seeing one so high on NameJet before. MillionDollar.com is a nice domain name, but it remains to be seen if anyone will pull the trigger and bid $900+ to have a chance to win it.