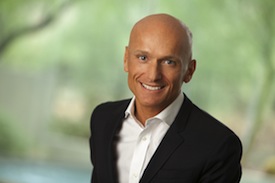 GoDaddy unveiled some major expansion plans this morning, and the company’s next target is Europe. In August, GoDaddy reported considerable success following their expansion in India, and their success their will presumably serve as its blueprint for the EMEA market. In a press release this morning, GoDaddy announced the hiring of Stefano Maruzzi as GoDaddy EMEA Vice President, and  the company also announced major plans to open  a European Customer Care Centre.

Once this expansion is completed (late spring 2014), GoDaddy will be able to serve customers speaking 14 different European languages. At the present time,  GoDaddy Customer Care representatives are proficient in four languages: English, Spanish, Brazilian Portuguese and Hindi. According to James Carroll, GoDaddy Senior Vice President International, “we also have individuals on staff who speak a range of other languages, though they are not yet structured in formal teams. During the next year in support of our European expansion plans the number of dedicated support languages will grow to at least 18.”

Carroll told me the company has the same service standards worldwide, and that means talking to a real person without long wait times. Opening a major call center operation in Europe will allow European small business owners to communicate with someone who speaks their language. One thing I appreciate about GoDaddy is being able to speak with someone quickly, and I am sure that market will also appreciate this as well.

Several months ago, you probably noticed that GoDaddy dropped the .com from its logo and they’ve eliminated the GoDaddy.com call to action. I would assume that a big reason for this is because of the company’s global expansion, especially in areas where ccTLDs are prevalent. The company has made a major shift in its corporate branding and marketing strategies, and they are becoming much more of a global company.

Elliot Silver - November 29, 2022 50
For the past few years, Swetha Yenugula has regularly and frequently shared her .XYZ domain name sales. The value of her sales coupled with...