According to an article in the New York Times yesterday, the Democracy.com domain name was acquired by Mark Cuban. Here’s what the NY Times reported about Cuban’s acquisition of the domain name:

“After going up for auction last month, Democracy.com has officially been sold. Its new owner is Mark Cuban, the billionaire owner of the Dallas Mavericks.

Mr. Cuban, who is also famous for his role on the reality television show “Shark Tank,” confirmed the sale in an email exchange with The New York Times. He explained that he had no plans for the highly symbolic address and had purchased the domain to protect it from abuse — or, in his words, “to make sure someone didn’t do something crazy with it.”

While Mr. Cuban does not have plans for the domain name yet, it has the potential to be turned into a notable brand. 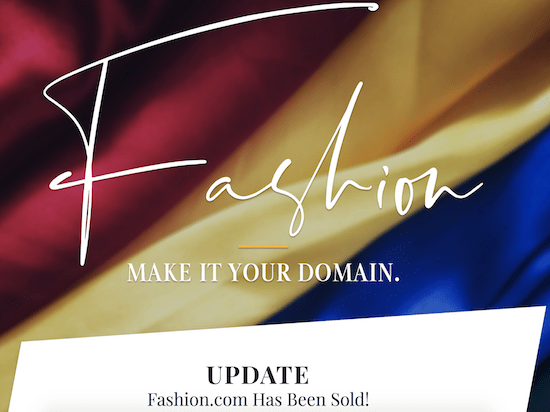 Because Fashion.com has a privacy proxy in the Whois record, it is unclear if the domain name transferred to a new registrant yet. According to the landing page, the buyer and price will remain private:

We congratulate the winner on their exquisite taste…

As a result of this exciting development, the public auction will no longer occur as initially scheduled.

The identity of the winning bidder will remain confidential — as will the amount paid.​”

For both Democracy.com and Fashion.com, the sale prices are unknown. I doubt we will learn either sale price, but both of these domain names are exceptional.

Elliot Silver - September 28, 2022 5
At the end of my son's soccer game on Saturday, one of the parents came up to the Assistant Coach and asked about the...