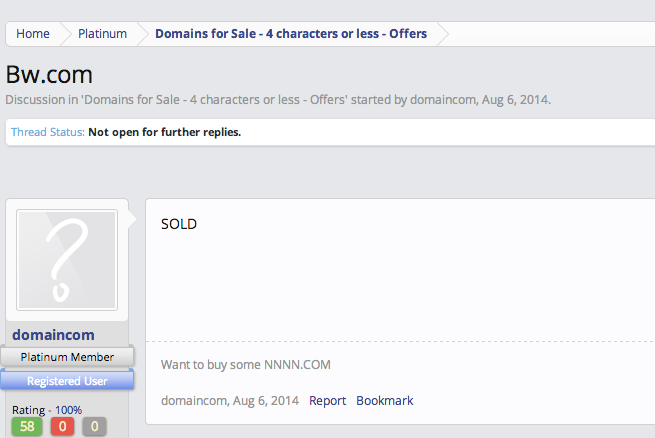 On August 6, the BW.com domain name was listed for sale on DNForum in the offers wanted section for domain names that have  four characters or less. On August 12, the person who started the thread edited it, and the only thing remaining in the original post is the word  “SOLD.”

As such, the BW.com domain name sale is unconfirmed, and I  do not know what the asking price was or what the sale price was if it sold.

If BW.com was sold on DNForum, my guess would be that it was one of the largest deals consummated there. If I learn anything else about BW.com, I will update this article. I reached out to the Whois contact and previous Whois contact to ask for details, but I did not hear back. I also sent a message to the person who posted the thread on DNForum, and I did not hear back via DNF either.