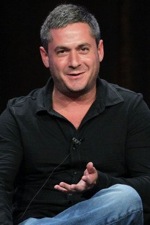 John Ferber is most well known for being the co-founder of Advertising.com, with his brother, Scott Ferber. The Ferber brothers later sold Advertising.com to Time for somewhere in the ballpark of $500 million. While with Advertising.com,  John was named Entrepreneur of the Year by Ernst & Young, and he was also named one of IT Recruiter Magazine’s “Top Techies to Watch.” 

John is also a philanthropist, and he founded a website called Microgiving.com, which is a “crowd funding website that lets you raise money online to fund a project” to help a non-profit organization. Based on his well-rounded background, it’s not really a surprise that he will be featured in an upcoming episode of ABC’s Secret Millionaire on Sunday, March 27th.

I had the chance to interview John so you can get to know him better prior to his Secret Millionaire episode:

ES: What were the keys to your success in growing Advertising.com from a great descriptive domain name into a multi-million dollar brand?

JF: Well a little history — Advertising.com was originally called Teknosurf Technologies — a coworker brought the opportunity to acquire advertising.com to our (My brother Scott and I were the founders of Advertising.com) attention and the initial price was 1 million and we weren’t interested, a few days later the price dropped to 100k if we could close on it that same day and our main decision was that we knew it was worth at least 100k, however we had no plans or intentions to change our name or any planned use when we acquired it.

Fast forward about 6 months later and we started getting feedback from our Sales Team that Teknosurf was not an intuitive name for the company and was creating friction in the sales process in the super important first 30 seconds of meeting someone and explaining who we are and what we do… Voila, it occured to us we owned Advertising.com and we quickly decided and implemented on changing our name to the company..

With that all being said we were never really able to measure the impact of our name/domain on our overall sales and growth of the company.. At the end of the day Advertising.com was purchased based on the underlying results of the company which was 750 employees, doing a couple hundred million in revenues, etc at the time….

So while I am sure that having the name was very valuable to the company, ultimately the purchase by AOL wasnt for an undeveloped premium domain name but a real, functioning, profitable business, that also had a great category defining domain name…

ES: How is Domain Holdings leveraging your knowledge and experience to build value on domain names owned by your company’s clients and partners?

JF: The entire company, every single person has historical internet marketing experience, from my expertise with Internet Marketing overall, Chad Folkening’s tremendous Domain expertise, Jason Boshoff our CEO (10 years SEO), Jeremy Kayne (former General Manager of Shop Local), Sean Sullivan a very successful domainer, etc, we combine all of our individual talents and knowledge together on behalf of our own portfolios as well as our partners.

We build our technology and solutions first for ourselves and once they are battle tested and proven to be creating value we extend them to our partners for their benefit as well.

ES: When people Google “John Ferber,” the first thing they’ll probably learn is your background with Advertising.com. What else would you like people to know about who you are, what you’ve accomplished, and what your goals are?

JF: Well first and foremost I’m really just a normal average guy, I love spending time with my girlfriend, family, friends, watersports, playing guitar, going to concerts, exercising, living an increasingly healthier lifestyle, and trying my best to enjoy life and treasure every moment as much as possible… I reside in South Florida and really love it down here, there’s so much do to all the time, never a dull moment…

It’s flattering that people think highly of what I’ve personally accomplished but i dont personally reflect on it much, I’m 37 years old and I think I have alot of value creation left ahead of me and I look forward to doing that, asides from my business interests, I have a yearning desire to try to help the planet and society be a better place in a substantial way, my foundation, The Microgiving Foundation is my first attempt at doing so, it’s a platform that lets people raise money for anything, with a particular focus on Hardship situations, we’re in year 3 of operations and growing more and more, but there is still alot of work to be done.. I have a few other concepts in my mind and hopefully in a few years I can start to work on those as well..

ES: Even after selling a company for somewhere in the ballpark of half a billion, you’ve continued to work hard and start new companies and organizations. What drives you in your endeavors, and why not just kick back and live the easy life?

JF: It’s in my DNA… Until I was about 21, I was honestly the laziest person alive, i did the bare minimum with everything, i.e. school, etc to get by and nothing more, then one day as if I was struck by lightning my entire attitude towards life changed… Suddenly I loved to work, school, etc… I finished college as fast as I could rather than coasting by and starting my first company just as I was finishing school…

I used to watch the same reruns on TV over and over, now I can not watch the same episode twice, From the moment I wake up til the moment I goto sleep my mind is racing and I am racing through the day trying to accomplish as much as I can and loving every minute of it…

ES: Over the last several years, you’ve become a philanthropist, giving millions of dollars in money and your time to non-profit organizations. What are your favorite causes/organizations, and how can others with less money become involved?

JF: I dont like to single out any specific causes, etc.. I have some personal feelings for MS, MD, CF, and Cancer because of friends and family whom I’ve known who’ve battled it, but I spend most of my philanthropic time and most of the money towards the Microgiving Foundation and trying to get more and more people to use it, etc…

The more people use it, the more people get helped, etc.. So I try to focus on the bigger picture as being an enabler for charity and being agnostic to specific causes… While nowhere near the scale that Mike Mann and his team has achieved with GrassRoots.org, I think we share some similar philosophies about the best use of our time and money is to help provide philanthropic services as widely as we can as opposed to any one specific cause…