Zoyo.com Domain Name Retained by Registrant Despite No Response

I occasionally take issue with a UDRP panelist for one reason or another, but today I want to compliment WIPO panelist Desmond J. Ryan for a job well done.

I say it is fortunate because of what was stated in the UDRP, particularly Section 5 (Parties’ Contentions). From the decision:

“(v) The Complainant’s assertion that the Respondent’s claim that the disputed domain name was bought “a few years ago” is false and in bad faith as the WhoIs shows that it was acquired by the Respondent on April 18, 2018.”

Here is a screenshot of the current Whois record via GoDaddy: 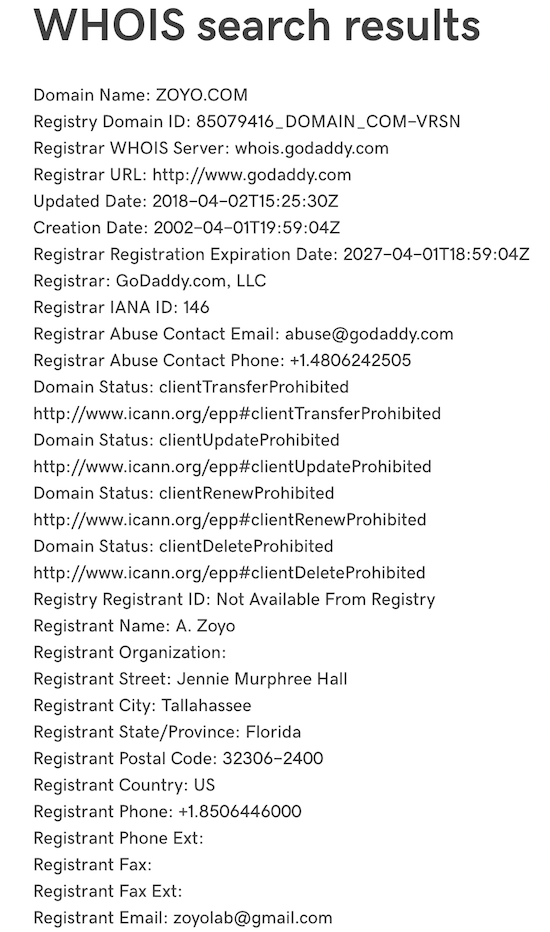 Here is a screenshot of a historical Whois record from March of 2011, courtesy of DomainTools: 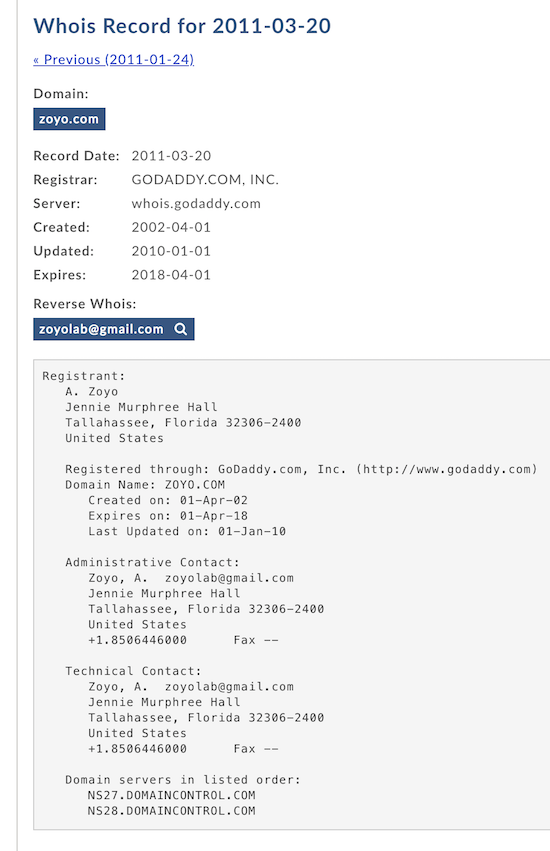 Maybe I am missing something, but these two records appear to show the same information. Assuming this is correct and the registrant has owned the domain name for at least several years, the registrant is lucky the panelist did not make a decision based on this and rule in favor of the complainant.

Interestingly, it was also reported that the domain owner bought the name for $10,000 and was willing to sell it for that amount. From the decision:

In my opinion, $10,000 for Zoyo.com is a very fair price, and I would not be surprised to see a name like that sell at a domain investor auction for that price. According to NameBio, Zoyo.com sold via Sedo in May of 2008 for $9,292. A historical Whois record at DomainTools shows the domain name was registered to Sedo in May of 2008 and then went private until 2011.

Ultimately, the panelist denied the complaint and gave the following explanation:

Despite what has been said above, if the facts are that the Respondent did not acquire the disputed domain name until April, 2018, at a time when there was considerable activity and perhaps publicity in relation to the establishment of the Complainant’s group, that might paint a different picture. Accordingly, on the basis of the evidence before the Panel on the present record, the Panel proposes to deny the Complaint but to do so without prejudice to the filing of a new Complaint should evidence become available to support the Complainant’s contentions in relation to the Respondent’s identity and acquisition of the disputed domain name.”