The areas of commerce and countries from which the most UDRPs were filed were not all that surprising to me. Perhaps, I might have expected a greater percentage of filings from financial firms, but I can see why retail was so high (counterfeiters for example). I was a bit surprised about the companies that filed the most UDRP complaints. The top 5 companies were:

One aspect of the UDRP filing report I would be most interested in learning about is the number of filings by extension. I am quite sure .com had the most UDRP filings, and I would be curious to know what other extensions had a significant number of UDRP filings. It would also be interesting to note how these numbers change over time.

You can read the full analysis of the report on the WIPO website. I shared the infographic below. 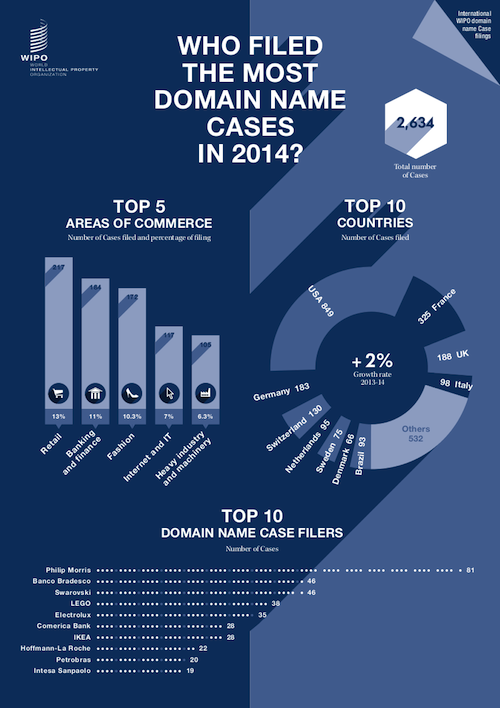 Warning: Pokemon is a Trademark