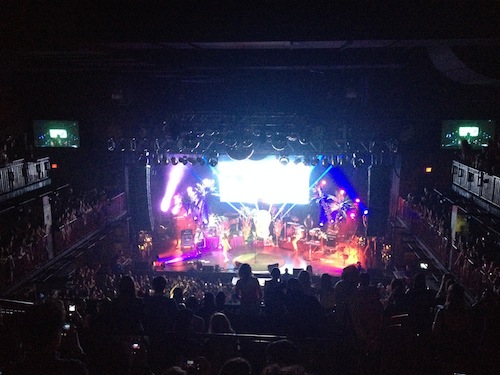 I had the privilege of seeing Lana Del Rey in concert last night at the House of Blues (HOB) in Boston. You can tell how excited I was to be there because I missed the Red Sox game that was being played next door at Fenway Park, and I didn’t watch the Bruins playoff hockey game either. I had been looking forward to attending since the Boston concert was announced, and I wasn’t going to miss it.

I don’t know Lana well, but I am a big supporter and fan of her music. I remember when she performed at smaller gigs in NYC, and knowing a couple other musicians who played similar types of gigs for years, I can only imagine how difficult it can be to make it big. Lana sure has made it, and I am happy for her and her family.

When I arrived at Lansdowne Street, there was a huge line of fans down the block and around the corner. The show was long sold out, and a couple of the ushers outside said this type of scene doesn’t happen very often at HOB. People held signs for Lana, t-shirts with Lana’s photo, and posters with Lana’s face. Outside the venue, I ran into members of the Grant family, and it was nice to be able to see them and speak with them. Unfortunately, Lana’s dad (domain investor Rob Grant) was unable to make it to the show. 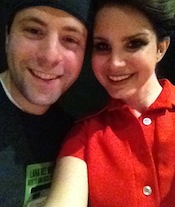 Lana’s fans seem to adore her, as they sang along every verse with her. Throughout the concert, Lana interacted with her fans, occasionally going off the stage to greet, hug, and sign autographs for them. In fact, as she concluded her concert, she spent 5 minutes thanking and hugging her fans as her band played on the stage in the background. You could tell how much she appreciates the support of her fans. Despite the fact that she has been on tour for a few weeks already, her voice sounded great and the band was exceptional.

I was lucky enough to have a chance to say hi to Lana after the concert and congratulate her on her success. A writer for the Boston Herald was in attendance at the concert, and he gave a rave review (“this girl is something special” and “wow them she did“).

It looks like Lana will be playing at about 9 more concerts on this tour, and if you have a chance to attend, I don’t think you’ll be disappointed.