Evolution.com has been registered under MarkMonitor’s DNStination, Inc. privacy proxy service for several years. According to DomainTools’ Whois History tool, Evolution.com was previously registered to iRobot until June of 2016. At that point, the domain name Whois record went private, so it is unclear if iRobot simply enabled the privacy proxy service or if the domain name changed hands.

Evolution.com had been listed for sale via MarkMonitor, with the domain name forwarding to a “for sale” landing page directing inquiries to MarkMonitor: 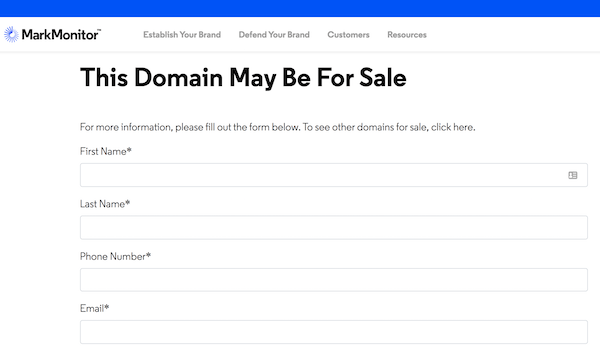 According to a Domain Monitor tool email on May 10th from DomainTools, Evolution.com transferred from MarkMonitor to Ascio, another domain registrar that has a large corporate domain name management business.

Evolution.com is a super premium domain name, and I think the value could be well into the six or possibly seven figure range. I will keep my eye on Evolution.com to see if a new website is launched on the domain name and to see how it is used.

Thanks to Andy Booth for emailing me about this to bring it to my attention again this morning.

June 3 Update: Jamie Zoch may have learned the buyer information by tracking the registration of the Evolution.CO domain name, which had been owned by the same former registrant: