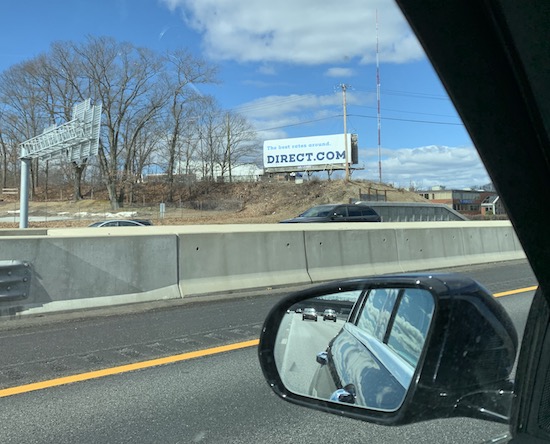 I want to share a photo I took yesterday afternoon on my way home from swim lessons. The billboard is advertising Direct.com, a domain name used by a local credit union called Direct Federal Credit Union. I spotted the billboard on I-95 in either Needham or Wellesley, Massachusetts. It was the first time I can recall the name of this credit union before, and I think it is an effective advertisement.

I think Direct.com is a fantastic domain name, and I think this billboard shows how a great domain name can be the focus of a billboard on a major highway. It’s easy to remember, simple to spell, and the messaging is clear. Kudos to Direct Federal Credit Union, which I had no idea existed (essentially in my backyard) until I saw the billboard yesterday.