Condolences to the Family of Ren Warmuz 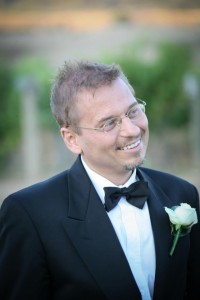 I want to extend my condolences to the friends and family of Ren Warmuz. According to a Facebook post this morning from Ren’s brother David Warmuz, Ren passed away at the age of 45. Ren had been battling Metastatic Colorectal Cancer for a little over a year, and his battle with the disease was chronicled on MCRC4.com, a blog Ren set up to discuss his illness and treatment. Despite the fact that there isn’t a cure for this type of cancer, Ren was determined to fight it, and he was able to live for a year after his diagnosis, despite being given only two months to live by his doctors.

Ren and his brother David founded Trellian, the company that owns and operates Above.com. Ren was active in the domain investment space, and he left behind many good friends and family.

Although I didn’t know Ren very well, I know that he is thought of highly by his colleagues and clients, and he was well respected by those who knew him. Ren will be missed.

My condolences go out to the Warmuz family and to those who knew Ren.