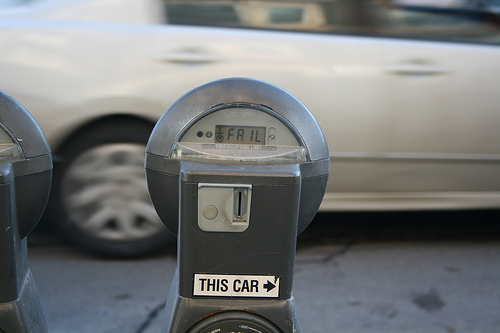 In the New York Post this morning, I read about a cool new iPhone application that is awaiting approval from Apple called NYC Broken Meters. Users will be able to find broken parking meters in New York City, syncing information provided by the city with GPS mapping. Since NYC allows people to park at broken meters for one hour for free, it’s a handy tool.

The company plans to operate its website on the domain name NYCBrokenMeters.com, which is perfectly fine. However, I do think it would have been smarter of them to buy up other city BrokenMeters.com domain names for future growth. I think this is a neat app, which isn’t limited to one city. If the city of Chicago would release this information the same way as the city of New York, they could easily create Chicago Broken Meters…etc.

People often ask for my opinion on buying extended names like this, and I think this would be a good example of when it’s a good idea. If your company has the ability to easily expand to other areas, even if it’s not quite in the cards yet, I think it’s wise to spend the extra $10/name to buy those other domain names. Whether we’re talking cities, towns, products…etc.

Not only do you risk a competitor taking domain names that could match, but there are others who could register them and make you pay out the nose when you’re ready to move forward. It’s usually just a matter of time before someone else will grab them.