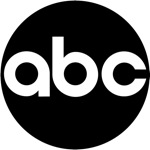 I was watching the Boston Celtics beat up on the New York Knicks yesterday afternoon, when I saw a preview of a new television show on ABC. “Happy Endings” is a modern comedy starring Damon Wayans Sr. and Damon Wayans Jr. If you’d like, you can read more about it on ABC’s website.

The term “happy endings” has a sexual connotation (Google it), and the HappyEndings.com domain name has been owned since 1996. Luckily for ABC, HappyEndings.com is owned by a Oklahoma City book store called Happy Ending Books, and the website hasn’t really been developed. Similarily, HappyEnding.com forwards to a tribute website rather than something more pornographic.

As you can see from the Compete statistics, GreysAnatomy.com and SharkTank.com both have (moderate) traffic spikes when the shows are in season, despite not being owned by ABC or their respective production companies.

I have no idea whether ABC considered the usage of HappyEndings.com before finalizing the name of the new television show, or if they tried to purchase the domain name, but they’re very lucky it’s not an adult website. Judging by the NY Times review of the show, it was probably a very smart move not to purchase this valuable domain name.

New gTLD Marketing is What Interests Me Most

Who is Responsible for New gTLD Marketing?