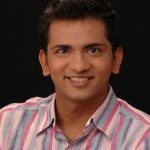 Bhavin Turakhia is the CEO and Co-Founder of Directi, a technology conglomerate that owns and operates companies like Skenzo, LogicBoxes, ResellerClub, BigRock, and others. Working with his brother Divyank Turakhia, Directi is now reportedly worth “Worth $350 Million or Maybe More,” which is quite a remarkable feat.

Recently, Directi announced the formation of another company, Radix Registry, which has applied for 31 gTLD strings, including .bank, .loans, .insurance, .law, .shop, .music, and many others. It was also announced that “Directi has committed over $30 million” towards these new gTLDs, which is quite a big commitment.

I wanted to ask Bhavin some questions about Radix Registry and about the new gTLDs. I appreciate his willingness to answer. Feel free to ask your own follow up questions if you’d like.

ES: Most of the TLD strings you applied for will be contested. Do you think your company will partner with other companies on some, or would you prefer to spend more on auctions?

BT: At this time we are open to both possibilities. There is no doubt that for some of the hotly contested TLDs it will make more sense to partner, as opposed to running up the Auction value to excessive levels. That amount can be much better utilized if invested in post-delegation marketing. ICANN has said that it will encourage “voluntary agreement” between parties to resolve conflicting applications, and that auctions are only a method of “last resort”. We are also prepared for aggressive competition in cases where the partnership isn’t the best choice for us. The Directi group has more than adequate reserves to compete for all the strings we have applied for. We will evaluate the possibilities on a case by case basis and lean in the direction that makes most strategic sense.

ES: What is your company doing to prepare for the “digital archery” process?

BT: We have devoted some of our best resources to ensure that we are able to achieve the spots we’re looking for. I believe there is too much riding on this process since the third and fourth batch could see a lag-time of 2-4 years. Ideally ICANN should attempt to scale-up its evaluation resources and process all applications at the same time.

ES: How do you think new gTLDs will impact the domain investment space, including the aftermarket and monetization?

BT: Due to the massive increase in the supply of premium real-estate, we may see a short-term decline in domain name valuations. Since customers will have premium name options in a TLD which closely represents them, they will maybe less likely to pay large sums for a short .com name.

In the long-term there will only be a small number of nTLDs that will be interesting from an investment stand-point. We believe that overall the domain investment space will not be significantly impacted in the long term and will actually grow due to the additional options in the namespace.

ES: What are the key factors in getting consumers to adopt the new TLDs?

BT: I believe there are three stages to a successful newTLDs

1) Awareness: Customer should be able to ‘get it’ i.e. see clear value in registering their domain name in nTLDs. In some cases that value is obvious because the TLD itself has tremendous appeal. In other cases it is not. In those cases one needs to create awareness through marketing and garner customers’ interest.

2) Distribution: Registrars and channel partners will be spoilt for choice in the ngTLD era. For TLDs that do rely on Registrars, winning their favor and obtaining prime shelf-space will be key.

3) Adoption: No TLD is successful until it sees patterns of growing adoption from its user base. Record-breaking registration at launch is not an indication of adoption. Renewal rates, utilization of domain names for the primary website (not just a pointer to a .com) and the TLD becoming a destination for a variety of recognized web properties will ensure long-term growth, sustainability and hence success.

ES: What is your personal favorite gTLD application, and why do you think it will be commercially successful?

BT: Each of our TLDs have been chosen after a tremendous amount of research and analysis. I do not have a specific favored one and am equally excited about the potential of all of the strings

Elliot Silver - November 29, 2022 52
For the past few years, Swetha Yenugula has regularly and frequently shared her .XYZ domain name sales. The value of her sales coupled with...