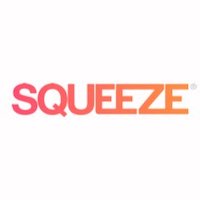 Yesterday morning, I noticed a Whois registrant change for the valuable Squeeze.com domain name. Because the domain name had been owned by Future Media Architects, I reached out to Uniregistry’s Vice President of Sales Jeff Gabriel, as Uniregistry typically acts as the domain broker on behalf of FMA. Unfortunately, Jeff could not provide details about the sale, but I believe Uniregistry was the broker.

When I visited Squeeze.com yesterday and clicked on the “Learn more” link, I was taken to a page within the SqueezeApp.com website. The company refers to itself simply as Squeeze throughout its website, so the acquisition of Squeeze.com represents a huge domain name upgrade. According to its Twitter profile, Squeeze is a FinTech app, and the website says it will be launching this Summer.

I reached out to Elias Janetis, CEO of Squeeze, to ask him about the acquisition. Although he couldn’t tell me the exact purchase price of the domain name, he did tell me that he “paid between 100K-200K” to acquire the domain name. I probed further to ask why he was willing to pay six figures for the domain name, and he was kind enough to share his rationale with me:

“We have the trademark for the word Squeeze in several markets. We are building a web experience for our customers that will be interactive via both web, and a native app. I believed a clean domain name would be beneficial for our customers that are searching for us, as well as other people searching that term. As we expand our direct to consumer marketing efforts this year, we feel that a clean url will yield benefits for name recognition/remembrance, as well as branding purposes.”

According to its Crunchbase profile, Squeeze raised $650,000 in debt financing a little over a year ago. I am not sure if they have raised  any other funds since then.

There have been comments on forums and various articles citing that apps are eliminating the need for domain names. I think spending 6 figures for a great domain name like Squeeze.com is more evidence that this isn’t the case. Unfortunately, because the exact price of the domain name was not shared, this sale will not be reported publicly.

This deal looks like a win/win for both parties.