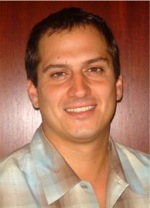 As you may have heard, Rick Latona threw in the towel on domain auctions and has endorsed Sedo’s auction services. According to Rick, “Sedo dominates the online domain auction space and they do it well.” In fact, Rick has his own no reserve auction on Sedo ending in about an hour (ISU.com, KansasCity.net, DayTraders.net…etc).

I think it’s a very smart move to withdraw from a venture that isn’t working, even one as high profile as his auctions. As the old saying goes, there’s no sense in throwing good money after bad, and I think it got to that point that the auctions were becoming money losing efforts.

Rick was in a tough spot because the auctions he was running weren’t all doing well. I am sure he felt pressure auctioning other people’s domain names for lower amounts than he hoped, and he was also auctioning his company’s inventory as well. Not only was it damaging his reputation, but it was hurting his bottom line.

I admire Rick for his audacity in the domain space. He doesn’t do anything half-assed, and he puts a big effort into all of the challenges he undertakes. Although some might say his TRAFFIC conference partnership didn’t end successfully, I had a great time at the Amsterdam conference, and I was planning on attending the Hong Kong conference. This is a tribute to his efforts, as I generally wouldn’t travel to another continent for a conference unless it was for something special.

When you are trying new things, there are going to be some that fail. In a small industry like this one, those failures are usually amplified. Rick spent a lot of money on his auction venture, made some waves in the industry with very good results, but he ultimately realized it wasn’t going to work out for his company, and he pulled the plug.

I think it’s great to see people trying new things to better the industry and drive more revenue for domain investors, and I look forward to his next audacious endeavor.

Did Domain Name Give Away Washington NFL Rebrand?

Elliot Silver - September 28, 2022 4
At the end of my son's soccer game on Saturday, one of the parents came up to the Assistant Coach and asked about the...