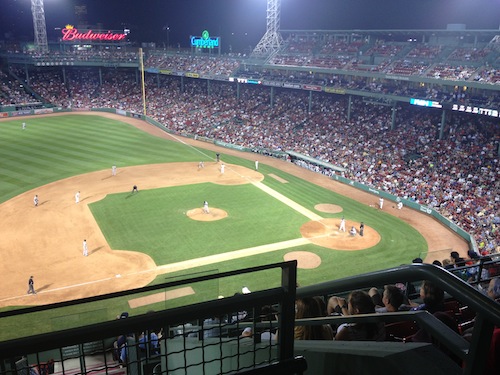 We had a domain investor meet up in Boston last night, and the turnout was excellent. There were in the ballpark (pun intended) of 40 people in attendance, including attendees from several states and attendees from Canada and Germany!

I want to give a special thank you to Afternic and NameJet for sponsoring the event, allowing proceeds to be donated to the One Fund Boston. Karen Dixon planned the pre-party at Game On, which was paid for by Afternic, and Matt Overman was helpful in taking care of the Red Sox tickets, which were bought by NameJet.

All in all, it was a fun evening, and I was able to connect with many people I haven’t met before.Thanks to everyone who turned out for a fun event in Boston.

I will keep you posted on when we’ll do another event in or around Boston.