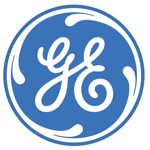 During Thanksgiving weekend, while my wife talked with her sister about her baby registry, I checked to see who happens to own BabyRegistry.com. The domain name was owned by iVillage back in 2005, but iVillage was bought out by NBC Universal, which is owned by General Electric, the company that now owns the domain name. It wasn’t a surprise that a company like GE owned a great name like this. It was a surprise that they are parking it with Sedo instead of having a website on it.

For a number of years, the domain name resided on Yahoo nameservers, but in early April of 2009, the DNS changed to UltraDNS, and later in April, they were moved again to SedoParking DNS. Despite the fact that GE is one of the largest companies in the world, they aren’t doing much with this great domain name. They could either partner with a company that offers a baby registry, or forward it to one of their product websites, as they do with other generic names they own.

A quick Google search also shows that other solid GE domain assets are also parked with Sedo. Some of those names include Women.net, ParkinsonsControl.com, UnderstandingADHD.com, LeukemiaInnovations.com (which happens to be listed for sale), and HealthyFamily.com.

It does appear that General Electric also sells domain names. Fingernails.com was owned by GE dating back to 2007 (another acquisition in the iVillage deal). As of November 19, 2009, the domain name changed hands, and is now registered to another company. The owner must have gotten a great deal, because the name is currently listed for sale at BuyDomains for $20,000.

You.com to Take on Google

Fashion.com and Democracy.com Both Sold