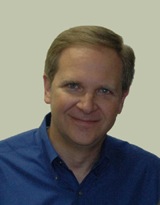 Having a Reliable Web Developer is Essential

Why I Retired My Pet Websites

Verizon on Domain Investing: “It’s Not Too Late”

Elliot Silver - January 20, 2022 1
When I think about companies that might advocate for domain name investing, Verizon is not one of the first few dozen that would pop...

Elliot Silver - January 20, 2022 0
In my opinion, it should almost automatically be considered Reverse Domain Name Hijacking (RDNH) if a complainant files a UDRP when the domain name...

Elliot Silver - January 18, 2022 1
Last Summer, a prospective buyer made an offer on one of my domain names that was too low for me to accept. I had...