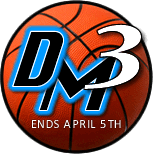 I just received word that the third annual Domain Madness “micro-conference” scheduled for April 4-5 will be held again in a suite at the Palms Casino. The conference is public, but there is a very limited number of attendees. The cost to attend is $750.

The public side of the conference, and probably the more well-known aspect, is the live domain auction. Last year, CamRoulette.com sold for $151,000 at Domain Madness. SecurityGuards.com and PalmSpringsHomes.com also yielded decent sales numbers in the auction that totaled over $200,000 in sales. The auction also netted over $200,000 in its first year as well.

The auction opens for bidding on March 29th, and it ends on April 5th. The extended auction (for names that didn’t sell in the live auction) ends on April 6th.  People can submit domain names to  mike@domainconsultant.com. The auction will be run by Boxcar.com.

As you can guess by the conference moniker, the event will be held during the NCAA Men’s Basketball tournament, known widely as March Madness. To tie in this conference with the basketball tournament, organizers will be  running the bracket contest again, where you pick which names will and won’t sell NCAA-style. The winner gets $1,000 cash.  Jamie MacMillan won $1,000 in 2009.

The conference and live auction is managed by DomainConsultant.com.

Please help me raise funds for the  Ronald McDonald House

Elliot Silver - July 1, 2022 2
Companies that own domain names and operate websites on sub-optimal domain extensions are often the most likely candidate to purchase the better domain name...

Elliot Silver - July 1, 2022 5
As part of his coverage of GoDaddy's pending acquisition of Dan.com, Andrew Allemann published an interview with Paul Nicks, President of Domains, at GoDaddy....