PeoplesBank.com Expires; Who Is to Blame?

On July 30, 2010, PeoplesBank.com expired, and it now appears to be coming up for auction on NameJet. The previous registrant was Maine Bank and Trust, located at 6 Atlantis Way in Lewiston, Maine. According to some research I did, TDBank is (or was) located in that space, which jives up with the @banknorth.com email address used by the registrant, since Banknorth is now known as TD Bank (they were known as TD Banknorth for a while).

I’ve done some research, and it appears that the ownership of this domain name is about as confusing as the history of bank mergers, acquisitions, takeovers, and other activities that faced many local banks. Maine Bank and Trust owned this domain name (and is still listed as registrant). Similarly, Maine Bank and Trust also owned MaineBank.com back in 2001. If you visit MaineBank.com now, you’ll see a message that says Maine Bank & Trust is now People’s United Bank, and you are forwarded to Peoples.com.

Making things even more confusing is the historical information on TD Bank’s website regarding the Peoples brand name: “The company first opened its doors as Portland Savings Bank in Portland, Maine, in 1852, and later grew through a series of mergers and became Peoples Heritage Bank in 1983. At the turn of the millennium, the opportunity for growth presented itself again as Peoples Heritage Bank, through several acquisitions, expanded deeper into New England and took the name Banknorth.”

Although this particular domain name has not had a website on it in quite some time, it’s an important domain name for security purposes.

Across the United States and throughout the world, there are a number of People’s Banks. Some of these banks include:

Hopefully someone from TD Bank, People’s, or possibly one of the other banks known as Peoples will make sure this domain name doesn’t fall into the hands of someone who could potentially use it maliciously. Compete shows that over 6,000 people a month visit PeoplesBank.com.

In December of 2009, Ski Market filed for Chapter 11 bankruptcy. The company, which was founded in 1958 and originally known as St. Moritz Sports, changed its name to Ski Market in 1971. There were 16 locations in the northeast US chain at the time of its bankruptcy filing.

The company also did business on its website, SkiMarket.com. Compete still shows over 1,500 visitors per month, but I’ve generally found those numbers to be light (for my websites anyway).

Because no other retail stores placed a bid to purchase Ski Market, in February of 2010, the bankruptcy court approved the company’s sale to Gordon Brothers, a Boston-based liquidation company. Gordon Brothers was hired to sell the company’s merchandise via liquidation sales over the following two months to help pay back creditors which were owed a significant sum of money.

For some reason, the bankruptcy court didn’t take action on the domain name, which would certainly be a salable asset. In June of 2010, the domain name expired and is currently on the pre-release list at NameJet and already has a $500 bid with 71 bidders.   Instead of the creditors getting anything from the sale (which included South Shore Savings Bank), the proceeds will go to NameJet and Network Solutions if this domain name is auctioned.

I was looking at upcoming dropping domain names on FreshDrop.net a couple of days ago, and I saw that the nice 3 letter domain name JIS.com was pending deletion at Network Solutions. According to the last Whois record before the deletion in June, the domain name was owned by a company named Jacksonville Internet Services, Inc., and it was registered to a person named Karl Renaut.

In July of 1997, Jacksonville Internet Services merged with a company called Southeast Network Services Inc, whose President was Karl Renaut. After further mergers and acquisitions, I believe the company started doing business as Florida Digital Network, using FDN.com as a domain name. In June of 2007, Florida Digital Network, Inc. merged with NuVox, Inc, where Renaut currently serves as VP Technology Development, according to his LinkedIn profile.

In June of 2008, JIS.com was renewed for two years, and it had an expiration date of June of 2010. The domain name was registered to Renaut, whose email address used the floridadigital.net domain name. Unfortunately for the company, it appears that FloridaDigital.net expired in May of this year.

Whether Nuvox/Windstream wants JIS.com is anyone’s guess since they haven’t used it, but it’s interesting to follow the anatomy of a domain drop. It will be also interesting to see if someone picks up FloridaDigital.net at auction or via drop catch prior to the auction of JIS.com and tries to redeem JIS.com after re-creating the registrant’s email address. I have no idea if that would even be possible this late (or legal), but I am sure it’s something to keep an eye on in the next few weeks.

This should also serve as a good reminder for people to keep their Whois information updated and accurate, especially for companies that use email addresses on their own domain names.

Double Check Your Spelling When Bidding on Domain Auctions

This should go without saying, but it’s always important to double check your spelling on drop auctions. I am a bidder in the CognitiveBehavorialTherapy.com auction on Namejet, which ends this afternoon.There are 38 bidders in this auction that has 47 bids.

According to Wikipedia, Cognitive Behavioral Therapy (commonly referred to as CBT) “is a psychotherapeutic approach that aims to solve problems concerning dysfunctional emotions, behaviors and cognitions through a goal-oriented, systematic procedure.” I am familiar with the term because my wife is studying this as she earns her Psy.D in Clinical Psychology (she’s in her 4th year of 5 years).

While thinking about the value of the domain name, I copied and pasted it into Google, and the first result was Google’s question, “Did you mean: “Cognitive Behavioral Therapy”‘? Of course, that’s what I meant, but it also means that the domain name is a typo. Sometimes typos can be good, but since this is such a long domain name as is, a typo like this is probably not worth a whole lot.

Had I not done the Google search and simply relied on the mentality of crowds (there are 38 bidders, so it must be good), I would have probably bid much more for it without consideration for the actual spelling. As I started this blog post, you should always check the spelling of a domain name before bidding to save on what could be an expensive mistake. 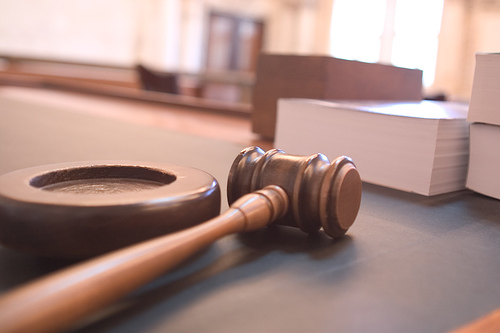 Nobody Will Request an “Appraisal Certificate”

Elliot Silver - July 3, 2020 0
Brandsight is looking to hire someone in an Account Executive role, according to a job opening posted recently on LinkedIn. Because GoDaddy acquired Brandsight...

Elliot Silver - July 2, 2020 16
Earlier this week, the United States Supreme Court ruled that Booking.com can be trademarked. The 8-1 decision was a good read, and there was...

Elliot Silver - July 1, 2020 8
Network Solutions uses an unbranded domain name for at least a few important confirmation functions. When I need to confirm my email address at...