Home Afternic Alan Shiflett Was the Real Winner of the Contest 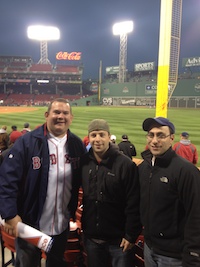 There were 260 votes cast for the winner, and it was my (blind) list that received the most votes. Although my list won the popular vote, the real winner in this contest was Alan Shiflett, who is Partner Sales Manager at Afternic. In speaking with Alan today, he let me know he has sold three of the ten domain names he hand registered!

Alan was kind enough to share the three sales and their sale prices:

The total value of Alan’s three sales (without commission) is $1,899. Just one sale would have been enough to cover the registration costs on those domain names for more than a year. That’s a pretty awesome sale through rate and a fantastic ROI by anyone’s standards.

I don’t recall selling any of the domain names on my list, although it is possible that one or two may have sold at auction. I  believe I still own these domain names, so perhaps I will turn out a positive ROI at some point in the future.

Congratulations to Alan on his sales. Perhaps he would be willing to share some insight about hand registering and selling domain names. He’s clearly good at it.

Photo of Alan, my brother and me at game 1 of the 2013 World Series in Boston.

Afternic Lander: Get Idea of Pricing Without Calling