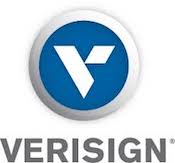 Perhaps as a result of these ballot questions and the potential for the growing list of states where marijuana usage is legal, Verisign reported that several marijuana-related keywords were trending in .com domain name registrations last month. Of the top 10 trending keywords in .com domain registrations for October, four were related to marijuana:

I would imagine these four keywords were trending for two reasons. I would think quite a few  domain names were registered by people who wanted to back or oppose the ballot measures. Additionally, and likely the greater reason for the trending registration numbers, more domain names with marijuana-related keywords will be needed by marijuana businesses. Speculators and businesses likely registered  quite a few of these domain names last month in advance of the ballot measures.

Based on what I have seen in forums and private email offerings, marijuana-related domain names is not really a new trend.  Domain investors seem to have had an appetite for these types of domain names for quite some time, with some owning hundreds or even thousands of pot-related domain names. It is interesting to me that these four keywords were trending last month.