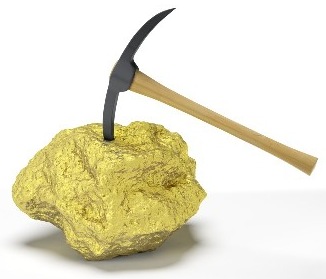 My wife and I had dinner the other night with Aaron Krawitz and his wife, Emily. Aaron and I met at a New York domain investor get together, and not only are we both domain investors, but our wives are in the same year of graduate school working on a similar degree. Aaron is an Ivy-League graduate and currently works at a prestigious New York firm.

While our wives talked about internships and the field of Psychology, Aaron and I talked about domain names and investing. Aaron has significant IDN domain name investments, and I know next to nothing about them. I asked Aaron if he would write a guest post about IDNs so I can share with my readers why he and others are so passionate about them. Aaron and his business partner, Gary Males, wrote the following. Hope you enjoy.

Any domainer worth his salt knows the history of the pioneers in the domain industry and how in the 90’s they took a risk on buying generic domain names.   Back in the pre-Google days, there was no business model, no parking, no affiliates, no monetization – you have to admire these innovators as they took a calculated risk and have been rewarded.

How many domainers have found themselves wishing they could have done that or that they could go back in time to the 90’s?   IDNs are exactly that opportunity.

There are 100+ million domains registered today; and the majority of these are in English.   There are only 1 million IDNs registered, and that is across ~200 different languages.   Do the math – that means there is tremendous opportunity.

It’s like a 1990’s Groundhog Day, but with the benefit of knowing you can monetize domains and there is end-user demand for virtual real estate.

So what are Internationalized Domain Names (IDNs)?

They are domains that contain at least one letter not found on a traditional English keyboard.

IDNs really make a difference in countries with languages that do not use letters based on the English language; countries like Japan, China and Korea whose languages consists of symbols.   In contrast, in Spanish, French or Portuguese, it is easy to avoid IDNs and to simply substitute unaccented letters.

In these countries where the language differs so much from English, and also coupled with a nationalistic population, you can begin to see why users would use their native language over English, which is where the IDN advantage is.

As you start to take a closer look at other languages, you begin to see some unique properties that spell another opportunity.   Take for example the Japanese or Chinese language – there is no such thing as plurals, so every Japanese or Chinese term doubles up as both the single and plural version.   In other words, 2 for the price of one.   Also some Japanese words mean the same thing in Chinese, so from a domainers perspective your one domain registration now, not only means the single and plural, but it can also reach the combined population of China and Japan (1.5 billion) people – that’s 5 times more than the U.S.

Japan as an example has a very vibrant ecommerce industry, but to date, had no real use for English domain names they cannot read or remember; so what do they do, they don’t advertise the domain name, they advertise by displaying an image of someone searching in the search engine with a Japanese word, and then just buy the Adwords for that Japanese word to try and capture the searcher.   Sounds a little strange to us, when we are so used to seeing domain names in every walk of life – but that’s how it has evolved.   Domain names and IDNs definitely have a branding advantage over search box advertising.

Early domain pioneers took risks in the 1990’s not knowing what the future would look like; so what are the risks for IDN investors?

The single biggest risk, all surrounds IDN.IDN – in other words, today IDNs can be registered in .com .net .org .info .cn .jp etc – but the real benefit of IDNs is in full IDN, that is, the extension in foreign language too.

ICANN has been struggling with this for years, and will soon be inserting the first IDN extension in the root.

Dot com IDNs will remain valuable in most language as the dot com is a recognizable brand easily typed on foreign keyboards. Switching from a foreign language to English to type the “.com” is second nature, just as you or I shift characters to capitalize while typing a sentence.   In countries such as Japan, dot com is many times more popular than their ccTLD, and there are many examples of companies branding on an IDN.com.

If you still believe that an IDN extension is the holy grail to IDNs, then you can take comfort in a white paper released by Verisign that states that they intend to make available transliterated IDN versions of “com” and “net”, and alias them to the non-IDN version. This is the ideal solution after all, it provides full IDNs but leverages the brand of “com” etc that everyone is so accustomed to.

With hindsight, we all know what we should have done 15 years ago, but most of us didn’t do anything…so given what is most likely the 2nd and last domain gold rush opportunity, this time with IDNs…what will you do?   There is a risk, some say minimal, some say calculated, but the size of the prize should be enormous; this we know from the current high traffic levels on IDNs.

Another reason why people tend to shy away from IDNs is because investing in foreign markets can be accompanied by a steep learning curve, especially if you do not speak the language. With this in mind, we have launched the first 2 dedicated IDN services:

IDNnewsletter.com – A subscription based, hand picked list of our members’ top IDNs for sale, and all of the IDNs listed will have been certified by a native speaker.

This guest post was written by Gary Males and Aaron Krawitz, co-owners of IDNTools.com and IDNNewsletter.com.   You can also follow Gary and Aaron at IDNDemystified.com and at IDNBlog.com.

How to Buy a Domain Registered to Domains by Proxy LLC

“Meh” Domain Names Are The Toughest to Acquire