The Story Behind the Bitcoins.com Domain Name 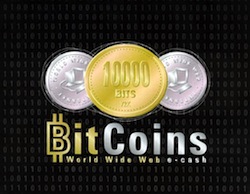 Arguably one of the most popular topics of 2013 was the emergence and growing popularity of bitcoins. Thousands of publications have covered all aspects of bitcoins, and you can see the jump in popularity in bitcoins in this Google Trends chart.

A website was recently launched on  Bitcoins.com, and I did a bit of research to see if I could contact the original registrant of the domain name.  I was able to get in touch with the original registrant, a native of Argentina  who asked that I not publish his name for privacy reasons, and he was kind enough to share his story about the domain name . Bitcoins.com is now owned by Tibanne Co. Ltd., the company that operates the Mt.Gox bitcoin exchange.

“Back in 1998 (dot.coms) I created a Business Plan for a new kind of www e-cash called BitCoin (see attached photo). It obviously wasn’t this disruptive currency, but I worked in it for two years and even showed it to several local investors and possible partners. In year 2K I did my Graduation Thesis, which I aced ;-), based on Bitcoins and so I registered and created an initial web (unfortunately not recorded within thewaybackmachine). One of the strength explained in the Business Plan, was “the BitCoin name”.

Since then I always paid the $8 for keeping the name active (no automatic renovation). In 2005 I uploaded it in SEDO and once a year I Googled if someone had used my name for something. It seems I stopped searching in 2009. Though I did had some small offer once.

In 03/2011 the second year that I really doubted to keep paying for the domain because my difficult economical situation, a guy offers me $3.5k (half of what I was asking at sedo) but after some issue from his side we left the transaction for the next day. Bad luck for him, because that night I was unable to sleep and the night after and after…

Once I gained access to the SEDO account I realized that I had over 40 offers. Then I was induced to offer it at the GreatDomains.com auction in June (big mistake). It was the top searched, top bidded, top base price, etc but the offered price was not even a 10% of the last private offer (base price). This has been a premium wave that domainers lost. The guy of the last private offer, offered me half the price right after the auction but I decided to go into private dealings and some month later I had MY offer, for which I asked to be payed part in Bitcoins. If I would have kept them until today ;-(, it would have been enough to make this sale be inside this list (I kept some ;-).

The most interesting experience of this was that I had to fight against EVERYBODY wife, family, Bitcoin community, domainers and sedo executive for keep rejecting offers, and then for finally accepting part in Bitcoins too.

I’m not a domainer so it took me months to decide if bitcoin had an opportunity, if bitcoins.com was a typo (as everybody said) or a good name (1 of 3 google searches was bitcoin”s”), contact by myself premium domainers and bitcoin entrepreneurs, all to decide by my self and against chances, which was a fair price.

So next time YOU think about selling a domain, give a thought about adding some bitcoins to the offer.”