Home Advice iPad.com: New Millionaire About to be Minted Courtesy of Apple? 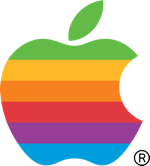 After considerable speculation and discussion, Steve Jobs introduced the new Apple iPad today in a press conference that received much fanfare. The iPad is a device that is a new category of computing systems that bridges the gap between the iPhone smartphone and the Macbook laptop.

If history is an indication of the current situation, Apple is going to want the iPad.com domain name, just as they own iPhone.com and iPod.com.   iPhone.com was also privately held before Apple paid a great sum of money for it, and iPod.com has been owned by Apple for quite some time (since at least 2001 according to a Whois history search).

iPad.com has been a privately owned domain name since 1997. The current registrant (Administrative Contact) is a person with a New Jersey address named Martine Bejasa. They don’t have much on the front side of the website, although it’s quite possible there is information for clients of the owner, as there is a client log in on the home page. The owners will probably get a ton of traffic, which will be expensive for server maintenance.

If I were to advise   Martine Bejasa, I would recommend selling the domain name for the million dollar plus offer that will be sure to come from Apple. The name probably can’t be monetized by the current owner enough to justify passing on an offer in this range. In addition, there is no guarantee that the iPad is going to be a huge success, just as Apple TV has not taken off. If that’s the case, the domain name will probably be worth much less than its peak value today.

Now is   the best time to sell iPad.com, and I hope the owners and Apple are able to come to terms in the best interest of both parties.

As Bill Hartzer points out in the comments below, the domain name is registered to a company called Enero 6 Corp, translated to January 6 Corp.   Apple and Jobs always seem to have announcements right around that time, so it’s conceivable that the domain name was already acquired by the company.