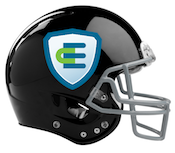 I would guess that more money from the domain industry flows through Escrow.com than just about any other company (Google, Yahoo and similar giants aside). In addition to its domain business, Escrow.com is also the recommended escrow service of Ebay, Cars.com, and other companies whose customers have large transaction. The company continues to grow, and several months ago, the company announced that it had surpassed $1.5 billion in secured transactions.

Despite this milestone and these endorsements, I think Escrow.com remains relatively unknown. I often do business with people who haven’t used Escrow.com before, but based on the company’s reputation, they don’t hesitate to create an account and transact. Being able to advertise in a Super Bowl commercial would certainly change this.

Escrow.com is participating in a contest that the company hopes will lead to a free Super Bowl commercial, and they need our help to get it done. Intuit Quickbooks is sponsoring the “Small Business, Big Game” contest, and the winning company will receive a professionally produced television commercial that will air during the Super Bowl.

There are three rounds to this contest, and it is currently the first round. People can vote for Escrow.com once per day until the end of September. In late October, 20 finalists will be chosen out of all entries, and another round of voting will follow. In November, four finalists will be chosen, and again, we can vote for the winning submission.

I asked Escrow.com President Brandon Abbey why the company thinks a Super Bowl commercial would be a great opportunity. “Every day we hear from someone who has been cheated on the Internet, and it is very frustrating knowing that if they had been aware of our services they would have been protected,” said Abbey. “This is a great opportunity for Escrow.com to get the exposure not only help us but also the entire Internet community.”

Not only has Escrow.com been a big supporter of my blog for the last several years, but the company is instrumental in helping me close deals quickly and securely. Here’s hoping they win the Super Bowl commercial.