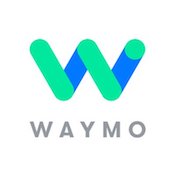 According to an article in TechCrunch and a variety of other tech industry publications, Google is/has spun out its self-driving car unit into a new brand called Waymo. The company is part of Google’s parent company, Alphabet.

I was curious to see if the company acquired the exact match .com domain name, Waymo.com, and it looks like they did. According to Whois records, the current registrant of Waymo.com is Google, Inc. Using DomainTools Whois History Tool, I was able to see that the domain name was owned for a short period by DNStination Inc., a domain management company (among other things). Prior to this, Waymo.com appears to have been owned by a Colorado-based company called Waymo.

My guess is that Google used DNStination to stealthily acquire this domain name. If this is the case, this was a smart move doing so in advance of the news because most people would probably increase the asking price of a domain name if they thought a large company like Alphabet / Google was looking to acquire the domain name.

As of right now, Waymo.com is not resolving to a working website. It currently resolves to a Google-branded 404 error page stating “The requested URL / was not found on this server. That’s all we know.” I presume that Google will end up using Waymo.com for a landing page related to this business entity, or perhaps the domain name was simply acquired as a defensive measure.

It also looks like Google was able to get the @Waymo Twitter handle. It has just 86 followers at the time of publication, and the account has not yet tweeted. It lists Waymo.com as its url and has the logo I shared above as the profile photo.