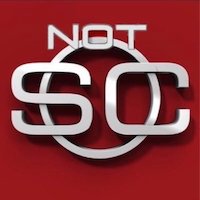 People occasionally email me to ask about the legitimacy of owning and using a domain name with an obvious trademark. I almost always tell these people “it depends” and refer them to a lawyer specializing in the field of intellectual property. Some cases are pretty cut and dry in favor of the trademark holder, and other cases may seem cut and dry but go in favor of the domain owner.

ESPN filed a UDRP against the NotSportsCenter.com domain name at the National Arbitration Forum, and the sports media conglomerate lost. The decision was published on the NAF website today.

According to the respondent in the contentions section of the UDRP decision, NotSportscenter.com is used “in connection with sports news parody content.” I had a look at the website this morning, and as a regular ESPN.com visitor, I would not confuse these two websites or think NotSportscenter.com has anything to do with ESPN’s SportsCenter programming. Aside from the fact that the domain name has the word “Not” in it, I think it is pretty clear that NotSportsCenter.com is a parody website. The UDRP panel appears to agree that the website is offering parody content and the domain owner has a right to do that. From the decision:

“Although Respondent was aware of the SPORTSCENTER mark and Complainant’s rights therein actual knowledge alone is not dispositive of Respondent’s bad faith. Moreover, Respondent does not attempt to disrupt Complainant’s business, as it offers parody material regarding sports, and does not purport to keep users from visiting Complainant’s website.”

One other aspect of interest was the panel’s consideration of the doctrine of latches in this case. I don’t think it really impacted the outcome of this UDRP decision, but according to the decision, “the Panel finds Respondent’s evidence of the delay in Complainant’s action regarding the disputed domain name to be material.” This could be helpful to a future UDRP respondent.

It will be interesting to see if ESPN decides to pursue this case in court or if they will let the website operator continue. My guess is they will not pursue this further, but we shall see.

Interestingly, it looks like the domain owner represented himself in this UDRP filing.