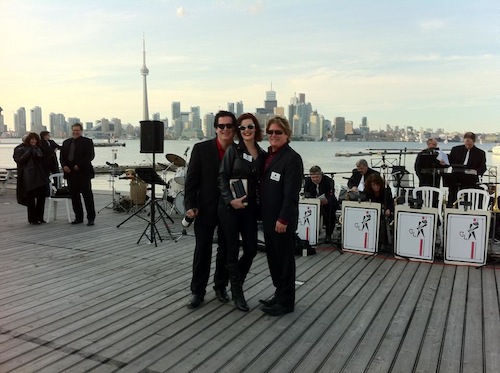 My wife and I decided to spend a few days in south Florida before the Traffic conference begins. Yesterday afternoon, we took a short trip to West Palm Beach to visit the Green Market for lunch. I highly recommend checking it out if you’re in the area.

The visit reminded me to call David Castello (who owns WestPalmBeach.com) to ask if I’d see him at the conference, since he and his brother Michael attend many domain-related events. Unfortunately, he won’t be attending, but the call gave us a chance to catch up, and some big things are happening for CCIN.

On the business side of things, the company is close to finalizing a “major investment deal with investors in Toronto.” Aside from their well known geodomain assets (PalmSprings.com, Nashville.com, LagunaBeach.com…etc), David and Michael own a portfolio of descriptive domain names like Whisky.com, Kennel.com, Cost.com, Rate.com, and others.

The Castello Brothers just returned from a trip to Toronto, and this investment deal would certainly be big news in the domain space. I don’t have details about the type of investment deal that they’re discussing, but I was told it’s quite significant. 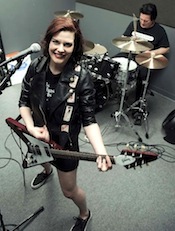 On the personal side of things, David is rocking and rolling in Nashville – for real. In February of 2010, David played a drum solo at the Hard Rock in Vegas at the Traffic conference. To warm up, he decided to jam at a night club in Palm Springs, where he met a couple of girls who six months later later introduced him to a musician named Bree (on her 21st birthday).

To make a long story short, Bree and David have been joined at the hip ever since and Bree’s career is taking off in Nashville in a big way.   David’s drumming for Bree and he’s also managing her career (David has a long history in the music business as a drummer, manager and promoter before he and his brother launched CCIN). For the last several months, David’s been burning the candle at both ends… living the life of a rock star!

I am bummed about not having the chance to hang out with David and Michael, but I am excited to hear about all of the goings on with CCIN.