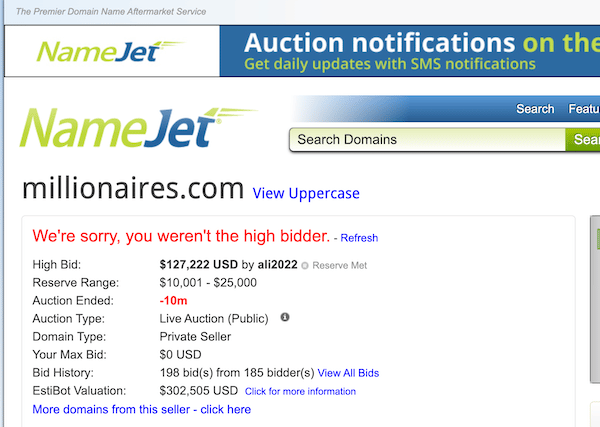 NameJet extensively promoted this private auction. I received several emails from NameJet announcing the auction, and it looks like their outreach was successful. Millionaires.com is owned by BuyDomains. The company has many domain names listed in auction on NameJet right now.

Since the auction closed today, the domain name hasn’t been paid for yet. I am sure NameJet will include Millionaires.com in their monthly sales report once the transaction is completed. At that point, it will be added to DNJournal, NameBio, and the Embrace.com list of recent one word .com domain name sales.