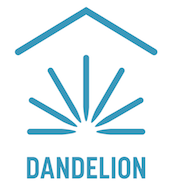 Google’s parent company Alphabet runs a division called X. For X, the “mission is to invent and launch “moonshot” technologies that we hope could someday make the world a radically better place.”  In an announcement made on its X.company blog, the launch of Dandelion was announced. According to the blog post, “Dandelion will offer geothermal heating and cooling systems to homeowners, starting in the northeastern United States.”

From a domain name perspective, the announcement is interesting. Dandelion is using the Dandelion.CO domain name instead of a .com domain name. Dandelion.com is registered to someone in New York City, and it is unrelated to X’s Dandelion.

One thing I noticed when doing some research is that Dandelion.CO is still listed for sale on Sedo with a BIN price of $6,000. I presume this means that Google acquired the domain name privately and the former owner simply did not take the listing down (which should be done soon). It would be interesting to know if the seller knew a Google affiliated business was interested in the domain name, and if so, it would also be interesting to know if X acquired this domain name for more or less than the listed BIN price.

It is always interesting to see the domain names Google chooses for its businesses. With ABC.xyz, X.company, Dandelion.CO, its .Google websites, and probably other domain names, it doesn’t seem that Google is particularly worried about the domain extensions. I suppose when the business controls the most popular search engine, it doesn’t have to worry about customers and prospects finding the correct website.