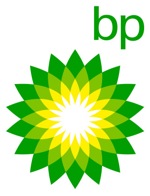 There was a lot of commentary on Rick’s Blog when he mentioned that he bought and was successfully monetizing many BP-related domain names. It seems that whenever Rick writes something controversial, there are dozens of opinions voiced in the comment section of his blog, and this post was no different.

I received a Google News Alert today about an article appearing on Charlotte, North Carolina’s Fox affiliate website about the owner of BPCares.com. Apparently BP wants to acquire BPCares.com from the registrant, and he isn’t interested in selling it to the company. According to the article, the domain registrant purchased this and other companyCares.com domain names apparently after seeing NBACares.com used in action by the National Basketball Association.

The article mentioned that BP has tried to buy this domain name more than once and that the company keeps calling him about the name, but it didn’t mention whether BP threatened a UDRP or any other legal action. In my opinion, it wouldn’t be outside of the realm of possibility if it did threaten legal action, especially since the owner apparently confirmed that he registered other names related to other companies.

Smartly, the domain owner does not appear to have BPCares.com monetized (or even resolving to another website), and he didn’t mention a sales price, so perhaps his aim wasn’t to profit from the BP brand. However, it does appear to be listed for sale on Sedo without an asking price.

I don’t understand the motive for having this article written, as it only serves to show that he did register the domain name along with other corporate domain names that are similar. A quick search shows the registrant also appears to own GoogleCares.com and DisneyCares.com. If the registrant or someone he knows hadn’t mentioned the situation to the news station, it likely would have remained below the radar.

Let’s hope for his sake that BP doesn’t care enough about BPCares.com to take legal action because that could get quite expensive.