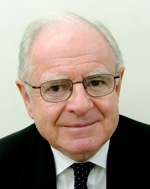 In addition to these roles, Mr, Brown served as a delegate to the General Assembly of the United Nations, as well as other national and international organizations . In 1980, he was appointed Queen’s Counsel, a highly regarded legal title.

Mr. Brown currently serves as a UDRP panelist as a Member of the Panel of Arbitrators and Mediators at the National Arbitration Forum, and as a Mediator at the World Intellectual Property Organization. Recent UDRP decisions over which Mr. Brown presided over include Razorbacks.com, StreetPrice.com, WeThePeople.com, and Churchhill.com.

If you are interested in learning more about Mr. Brown, you may visit his personal website, NeilBrownQC.com or his domain website, DomainTimes.info.   I’d like to thank Mr. Brown for taking the time to respond to my questions.

EJS:   How did you become a panelist on domain UDRP cases, and what makes them interesting/rewarding for you?

NB: When I left government I went back to the Bar but became interested in arbitration and mediation and like some others fancied myself as an international arbitrator. So I undertook a course to become qualified in international arbitration (miraculously I passed) and have since had two international arbitrations as well as some within Australia. During the course, one of my colleagues was speaking about how hard it was to break into the field and he said the only area where he had succeeded at least in part was in domain name work. This sounded interesting and over lunchtime I got him to explain what it was. Its appeal to me was that it was a form of arbitration and was in the intellectual property field which I like. I applied to go on the WIPO panel, was accepted and then gradually got onto the panels of the main international providers and some Australian ones.

I find the cases very interesting. Reading the submissions, especially in defended cases, gives me a thrill, as you do not know how the claim is going to be cast and or how it is going to be rebutted and it is fascinating as all of that tumbles out.It is stimulating intellectually. On another level the cases are rewarding because we are playing a major part in fashioning the jurisprudence of a completely new area of society, for the internet must be the most revolutionary change in the way we communicate , do business and socialise since the invention of the printing press and we are all taking part in it and in how and where the boundaries are determined.

EJS: Is a parked page treated substantially different than a domain name used as a website, and if so, how much development is necessary to protect a domain name (needs to have a business, frequent updates…etc)?

NB: Because the UDRP does not have hearings or oral witnesses, the panelist has to draw inferences from the case presented in writing and put some flesh on the bare bones of the submissions. So hard evidence such as the content and us of a website is useful in helping the panelist get to the bottom of what the parties were doing and why and in helping to discern their true intentions. Of course a landing page may make this clear by itself, but an active website is good evidence of an intention to use the domain name in a particular way. Of course every case must be judged with an open mind on the facts of that case.

EJS: Do you think the number of clear cut cases of cybersquatting have caused some panelists to have a jaded view of domain investors, even those who haven’t been subject to previous UDRP filings?

NB: I cannot speak for others, except in so far as their views are expressed in decisions, but in my case the answer is no, for several reasons. First, an arbitrator or judge should not bring to the table a   jaded view on anything; the panelist should be open minded and judge the case on its facts. Secondly, domain investors have a role and have every right to be treated fairly and without a jaded view being brought to bear on their activities, just like the other side.

EJS: How do you feel about the proposed “fast tracking” of UDRPs, and do you think there are major issues with the current UDRP process?

NB: All arbitrators and judges should be prepared to work in the system that exists. So I hope I would adapt to whatever changes are made, if any. But I have been a little surprised that there has not been more discussion of the proposed ” fast tracking”. It should at least interest everyone in this community , no matter what conclusion they reach.

There are of course contentious issues in the UDRP process but I do not want to express a view before the facts and issues in a particular case have been presented to me.

But for me the most important issue is that parties and their advisers should present the best evidence they can on issues in the case. Many panelists have said that assertions are not enough and that cases, on either side, must be proved. I have used my website at www.domaintimes.info to make that point several times.

EJS: What do you feel has been the most difficult decision for you and why?

NB: Some have been difficult because of complicated facts and history. But I would choose a more nominal case rather than an actual one to mention and repeat the previous point that the most difficult case for the panelist is the one where assertions are made but evidence is not presented.

EJS: Unlike court decisions which are generally made based on previous court decision, UDRP cases aren’t based on established case law. Do you think UDRP rulings have been consistent or do you believe there are a lot of inconsistent decisions made on UDRP panels and why?

NB: You are right in that previous decisions are not binding in UDRP cases and are not binding in arbitrations in general. But the decisions are useful and if consistency can be achieved by relying on those decisions on points that regularly arise, it gives some predictability to the system which is helpful for parties and their advisers.So in that regard the WIPO Overview has been valuable in clarifying some issues and is a valuable collection of opinions.

But even there, you will see that although most views are consensus views, there are some issues where there is a majority view and a minority view and it is doubtful if a consensus view will ever emerge on some of those issues. The main issues where that division has occurred are confusing similarity in the so called ” sucks” cases, whether there is a right or legitimate interest in a reseller, issues where free speech arises, fan sites and whether bad faith registration and use can be found where the Respondent has constructive notice of the Complainant’s trademark.

So previous decisions are useful but they should not control the decision and are not as important as is a proper analysis of the facts and the relevant law in the actual case before the panelist.

Nor are the decisions in undefended cases so valuable in defended cases where the panelist who decided the case being cited did not have the advantage of hearing an   argument against the conclusion that was reached.

Inevitably there will be decisions that appear to be inconsistent but on closer examination it will be seen that they are not inconsistent because the facts of the case are different.

Trusting that this is of some interest.