Amazon will be building a multi-billion dollar second headquarters, dubbed HQ2, and cities across the United States have submitted proposals to the company highlighting why Amazon should consider their city. TechCrunch posted an article with videos from seven of the perceived front-running cities.

Out of the 7 videos shared by TechCrunch, Las Vegas appears to be the only city to have added a URL to its proposal, and they city used a .Vegas domain name for it: HQ2.Vegas. Some of the other videos used hashtags, and some did not have any further call to action (beyond their full presentations).

Unfortunately for the peanut gallery, HQ2.Vegas seems to require authentication to see the website: 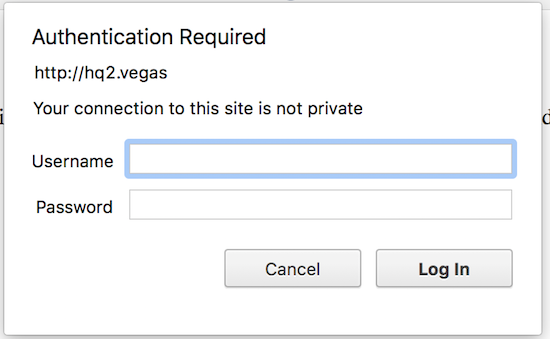 I think it is a pretty good idea to use the .Vegas domain name for the presentation. If any company would know about the new extensions, it is Amazon. Just look at the company’s BuildOn.AWS campaign as evidence of that. I am sure this will have absolutely no impact on the HQ2 decision, but it is a good way to keep things local.