That being said, it seems that one “trend” domain name is paying off. If you aren’t aware, Tim Tebow is the new starting quarterback for the NFL’s Denver Broncos. Tebow starred at University of Florida, and he wasn’t projected to be a great NFL quarterback due to his throwing style.

Tebow is widely known as a religious man, and when he was shown in a bowing position, presumably praying, the term “Tebowing” was born. In similar fashion to the planking craze, people started Tebowing everywhere. They took and posted pictures of themselves Tebowing, and the Tebowing craze took off. As you can imagine, a person in Denver registered Tebowing.com in late October, and the quickly launched website features pictures of people Tebowing around the world.

This evening during the Broncos game vs. the New York Jets, the NFL Network showed a montage of photos of people Tebowing. On the top of the graphic, there was a notice that the photos were courtesy of Tebowing.com.

I suppose trend domaining does pay off. 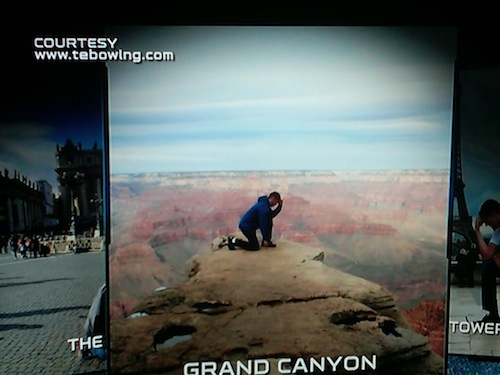