This silver AIG-branded piggybank is my favorite memento from when I worked at AIG. 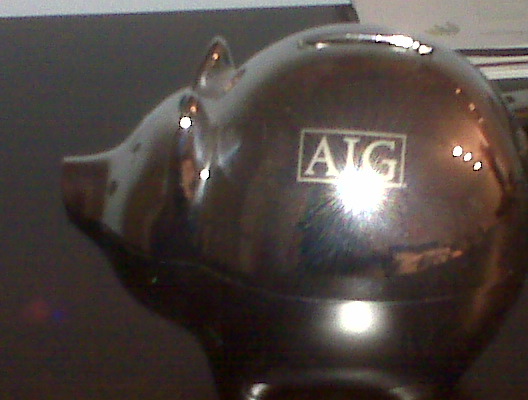