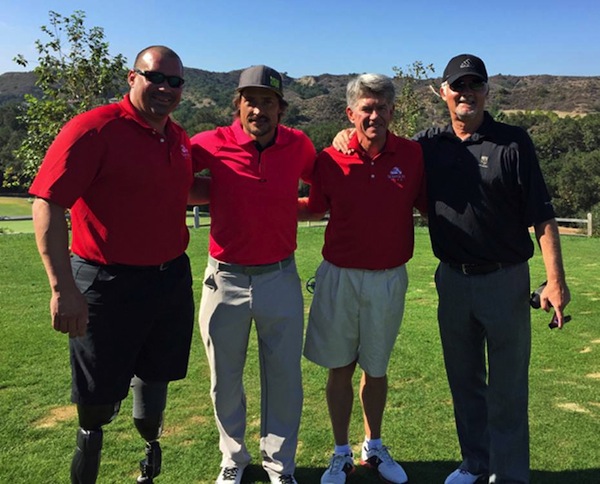 Here is a bit more information from  the organization’s website:

“The Semper Fi / America’s Fund Charity Golf Tournament helps to raise funds and awareness for the needs of military personnel serving in all branches of the U.S. Armed Forces. The Semper Fi / America’s Fund Charity also provides immediate financial support to the injured and critically ill service members throughout the Southern California area.”

Pictured above at last year’s golf tournament is Master Sgt. Davey Lind, Teemu Selanne, Brandon Abbey and Rick Booth. Davey is this year’s keynote speaker at the dinner  held prior to the tournament. Davey lost both legs at the knee after a roadside bomb exploded during night combat operations in the Al-Anbar province of Iraq in June 2007. The tournament benefits brave soldiers like Davey.

I like hearing about companies giving back to their communities, and it is nice to see Escrow.com sponsoring this event.