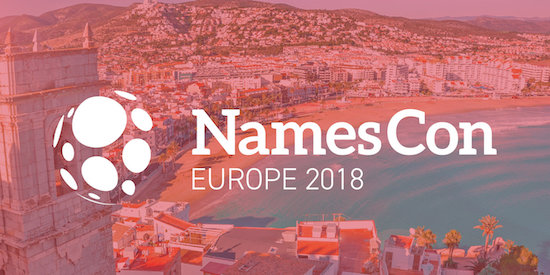 In the wake of a successful NamesCon Global conference in Las Vegas last month, NamesCon organizers just announced that Domaining Europe is becoming NamesCon Europe. Domaining Europe founder Dietmar Stefitz will be retiring from producing the conference after this year’s show, and it will become a NamesCon event going forward.

NamesCon will now have three domain name specific events held annually throughout the world. NamesCon Global will continue to be held in the United States (Las Vegas) at the end of January, NamesCon India (which is a part of Cloudfest India) will be held in Mumbai, India in May, and NamesCon Europe will be held in June.

This year’s Domaining Europe conference will be held June 7-9 in Valencia, Spain. Details about this year’s conference agenda and events can be found on the conference website. Organizers are expecting about 200 attendees from around the world at this year’s event, and tickets are now available for purchase. In fact, NamesCon is offering a discount code (NamesConEurope) to receive 50% off ticket purchases made before March 16.

One advantage of the branding is that the event can move to other locations if event organizers choose to do so. The conference has been held in Spain, The Netherlands, and Germany I believe.

NamesCon organizers will continue working with Dietmar (who will take on a Brand Ambassador role) “to preserve the integrity and success of the show he spent so many years building.”