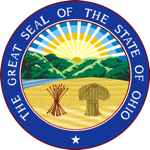 I read an interesting Ohio Supreme Court ruling, and I think it would behoove anyone who posts comments on Internet forums and blogs to read. In the case of Kauffman Racing Equip., L.L.C., v. Roberts, the state Supreme Court ruled that a Virginia resident, Scott Roberts, will need to respond to a court case brought against him in Ohio by Kauffman Racing Equipment (KRE), an Ohio company that does business throughout the United States.

KRE claimed that “Roberts posted numerous rancorous criticisms of KRE on various websites devoted to automobile racing equipment and related subjects.” From my review of the comments, they are similar in affect to those I see posted on domain forums and blogs about some of the domain companies with whom many of us do business. Here are a couple that were listed in the Court’s slip opinion referenced above:

In it’s slip opinion issued a week ago, the Ohio Supreme Court ruled that because Roberts’ comments would cause harm to the Ohio company in the state Ohio, the case could be brought against Roberts in Ohio. I have no legal background so I won’t get into a discussion about why the court made its findings, but I do think it’s important for people in this business to take note.

If you post something defamatory or negative about a company in another state, you may not be immune from a court case in that other state, which can obviously be expensive and burdensome. People often post things rapidly out of frustration or anger, and as the saying goes, you can’t unring a bell. There’s an interesting article about the case on RCPF.org.

Elliot Silver - September 28, 2022 4
At the end of my son's soccer game on Saturday, one of the parents came up to the Assistant Coach and asked about the...