KPMG Moves from KPMG.com to Home.KPMG 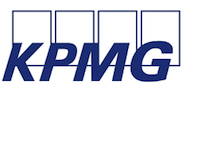 If you watched the Masters golf tournament over the past several days, you may have noticed Phil Mickelson sporting a KPMG hat. Viewers who decided to check out KPMG.com would notice something that a few domain investors emailed me about during the prior few days. KPMG, one of the largest management consulting and accounting firms, shifted its primary url from KPMG.com to Home.KPMG.

The company published a press release announcing the change, and it also shared why it made the change:

KPMG has become the first of the Big Four professional services firms to launch its corporate websites under its own branded top level domain name, .kpmg. The firm has moved its home.kpmg.com site to home.kpmg. The move enhances the KPMG brand through a strong, simplified name, and provides end users with a level of assurance that any site that ends with .kpmg is owned and operated by KPMG.

It is intended as the first step of many in creating a consolidated, secure, and trustworthy space for the KPMG member firm network and its online digital footprint.”

Using Dofo.com, I can see that there are currently seven .KPMG domain names in existence, including:

It looks like the company has been using Social.KPMG for its social sharing links when not referencing Home.KPMG.

This change is noteworthy because of the breadth of KPMG’s relationships with other large businesses who will undoubtedly see the .KPMG extension in use. It could potentially spur on other companies to adopt the same .brand usage should the change be a success.

Personally, I don’t really love the “home” domain name, but figuring out what to use for the primary domain name is an inherent issue. I guess “home” is sort of the default, but it could be anything.